The partic­ipants of the rally were planni­ng to reach the CM House and Govern­or House to regist­er their protes­ts
By Our Correspondent
Published: June 1, 2015
Tweet Email 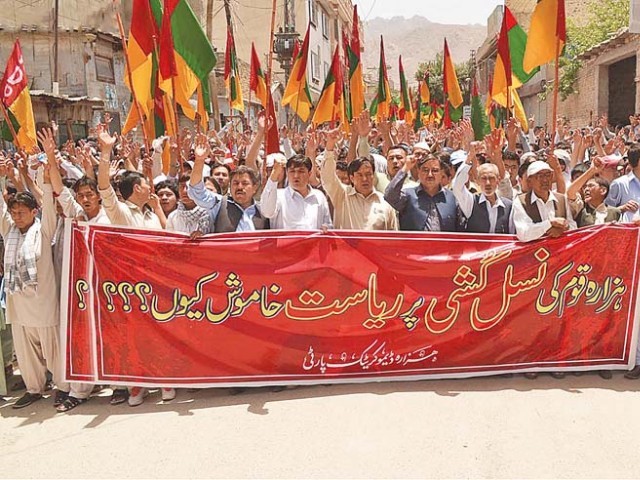 QUETTA: Activists of Hazara Democratic Party staged a rally on Alamdar Road on Friday in protest against the recent targeted killings of people from the Hazara community. The participants of the rally were planning to reach the Chief Minister House and Governor House to register their protests but were stopped on the way by security officials. In a statement to the media, the head of the Hazara Democratic Party Abdul Khaliq Hazara said that their party wants peace in Quetta city and accused security agencies and law enforcement agencies of giving a free hand to miscreants in the city while flagbearers of peace are not allowed to register their protests.