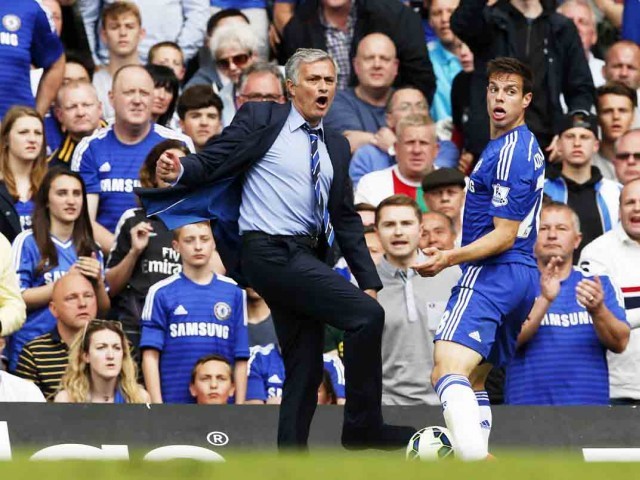 LONDON: Chelsea manager Jose Mourinho says his Premier League winning players have not been given the credit they deserve and took time to make fun of the teams that finished below them on Tuesday.

The 52-year-old Portuguese used the end of season Chelsea dinner to use a convoluted story to poke fun at City, Arsenal and fourth-placed Manchester United.

To a backdrop of a graphic showing a pitch with two goals he addressed first of all Louis van Gaal-managed United — the ‘plain red shirted team’ — saying they would have preferred to play without goals.

City, ‘the sky blue shirted team’, at least wanted to play with one goal.

Vis-a-vis Arsenal, ‘the team with red shirts, white sleeves’ did want to play with two goals.

“They were scoring some, they were also conceding some. They were fantastic. They scored really beautiful goals, they concede some goals too and they were almost there,” said Mourinho. “But they asked the international board to play only between January and April and they were told ‘no chance, no chance’. You have to play between August and May, so they couldn’t be champions.”