Artist­s were briefe­d by Iran’s House of Cartoo­n to focus on the crimes commit­ted by IS
By Web Desk
Published: May 26, 2015
Tweet Email 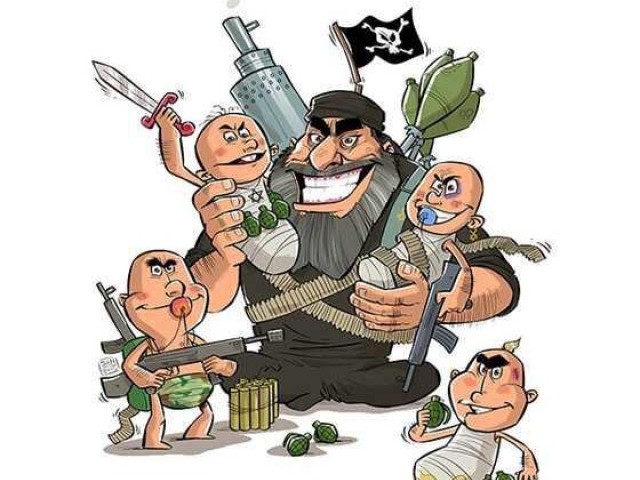 Iran has launched an anti-Islamic State (IS) cartoon competition, inviting submissions from all over the world to mock the terrorist organisation and the crimes that it commits.

The organisers of the campaign said that selected works would be displayed at cultural centres across Tehran and the winner would be announced on May 31.

According to the state-run IRNA news agency, artists were briefed by Iran’s House of Cartoon to focus on “the crimes committed by the Islamic State”.

Executive secretary of the contest Mohammad Habibi said that 280 works had been selected from 800 submissions, including entries from over 40 countries including Brazil, Australia and Indonesia.

Iran holds anti-ISIS cartoon contest (Taking the war to the next level…) pic.twitter.com/oquQtNaSKg

Habibi said that some foreign cartoonists were attending the contest, but that they have been forced to travel under pseudonyms due to security concerns.

“Nowadays, everyone around the world knows about the parasite by the name of IS and what crimes they have committed against humanity and arts and culture. Artists now have the duty to raise public awareness about this group by participating in such events.”

One of the contestants, artist Massoud Shoajaei Tabatabaii said that the contest was being held “to reveal the true nature of Daesh.”

“Daesh tries to associate itself with Islam but in essence it has no idea about Islam.”

Funded by the local government in Tehran, the House of Cartoon last held a competition on the theme of Holocaust denial following the depiction of the Prophet Muhammed (pbuh) in the French magazine Charlie Hebdo earlier this year.

10 Pakistanis executed in Saudi Arabia over the year