The supers­tar is also arrang­ing flying lesson­s for his wife
By Entertainment Desk
Published: May 26, 2015
Tweet Email 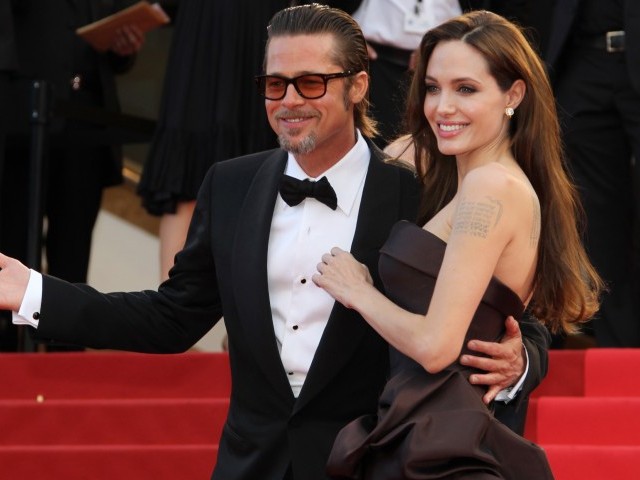 A report by India Today has revealed that Brad Pitt is buying a vintage seaplane for wife Angelina Jolie’s 40th birthday on June 4.

According to the Sunday Mirror, Brad and Angelina have visited a dealer in Europe, and have decided to keep the plane on the runway at their home in Chateau Miraval near Brignoles, France.

Brad is also reportedly arranging flying lessons for his wife so that she is able to use her present promptly. Although Angelina does have the basic skills to handle an airplane, she needs a bit of training in order to successfully manoeuvre a seaplane.

The French estate holds a very special place in the life of the couple. Purchased in 2008 for £35 million, this estate was where the couple got married last year and it is also the place where Brad proposed to the Maleficent star in 2012.

Angelina had previously opened up about her personal and professional successes about her “amazing” year.

In an interview with India Today the actress spoke about her success. “It’s been an amazing year. I married my love, my son Maddox became a teenager, and I got to bring Unbroken to the world.”

She further added, “I would be happy when my acting phase is over. If I am lucky enough to have a career as a director, it would be a very nice transition. And then, Brad and I can work together.”

The real reason why Zayn Malik quit One Direction