Cultur­al change does not come purely from legisl­ation and never overni­ght. It comes intern­ally
By Aakar Patel
Published: May 24, 2015
Tweet Email 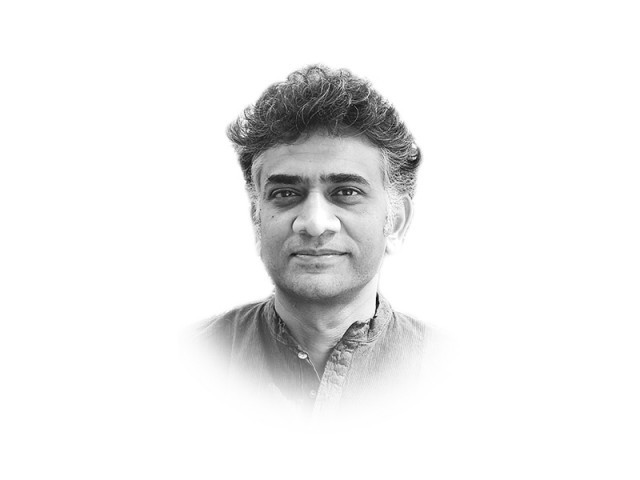 The writer is the editor and translator of Why I write: Essays by Saadat Hasan Manto, published by Westland in 2014. His book, India, Low Trust Society, will be published by Random House aakar.patel@tribune.com.pk

It was reported this week that a new bill in parliament was going to introduce ‘spot-fines’ for littering in India.

The story was the lead in a national newspaper, The Indian Express, meaning that those in government who had leaked it and those who reported it saw this law as significant. The report said that the environment ministry would make “littering, throwing waste in the open, dumping electronic waste, defacement of public places and use of banned plastic bags a minor offence, with fines on the spot”.

This would apparently give “legal teeth to the Swachh Bharat Abhiyan”, one of this government’s major projects. The report added that “prime minister Narendra Modi’s flagship mission, launched last October, is similar to the tidiness project of Singapore’s first prime minister Lee Kuan Yew who launched a modernisation drive based on an ethos of cleanliness and introduced fines and penalties for litterbugs”.

Is Singapore a good model for such things and is Lee’s solution applicable here? The first thing to notice is that the Chinese people (Singapore is mainly Chinese) do not keep their streets and neighbourhoods as dirty as the people of South Asia, whether we look at India, Pakistan or Bangladesh. Sri Lanka is exceptional, but this is not the piece to explore why. The Chinese in any part of the world, whether on their mainland or the outposts they have across the globe, called China Towns in the United States, have a basic sense of hygiene and order, and a respect or at least an engagement with their surroundings. That is missing in our parts to anyone who cares to observe.

So I would say that laws only help to some extent. If it was Lee’s genius that made Singapore clean, to whom or what can we attribute the cleanliness and order of Hong Kong, also populated by the Chinese, and also similar in its tyrannical rule to Singapore?

The second thing is whether this new law in parliament is actually new. Scanning the headlines of just the last few months, we find “Now, pay fine for littering on streets”, a report from Amritsar, where the municipal corporation decided that spot fines were not sufficient. “Though there was provision for realising the penalty on the spot, it was decided the violator should at least bear botheration of appearing in the court,” the Tribune reported. Last year, it was announced that individuals littering on the railways, and India’s trains are among the filthiest in the world, would be fined Rs5,000. Delhi municipal corporation announced on-the-spot fines of Rs500 in August last year.

In 2010, the Hindustan Times wrote of a new anti-littering law to tackle spitting, littering and urinating on the streets and spot fines of up to Rs500. So another law seems the wrong way of going about it. What should the government do?

The problem is that it is trying to effect social and cultural change through legislation. Should it be doing that? The answer is yes, because we can say that female infanticide and dowry killings are also cultural crimes and need tough legislation. However, they are also murder and can be tackled in that way.

This confusion of what Swachh Bharat Abhiyan is and what it is intended to do can be seen in the signalling. The prime minister has set a personal example with his broom and was seen in its initial phase cleaning up various places (which reports said had gone back to being just as dirty a week or so later). His tweets on this comprise mainly congratulating famous people for taking up the broom for a day. On the other hand, the government’s advertising has said Swachh Bharat Abhiyan is about building toilets in rural areas and the goals there are all numeric.

I think Modi is trying to do the Gandhian thing with Swachh Bharat Abhiyan. It is ambitious and noble to tackle our social and cultural problems. Gandhi did it through constant personal example, like cleaning his toilet and spinning his own cloth. Modi is trying to do it through government. Gandhi, of course, failed. No Indian will clean his own toilet if he can get someone else to do it for him, and khadi is dead.

Will Modi succeed? He will not, because cultural change does not come purely from legislation and never overnight. It comes internally and this is something Gandhi understood. Modi has a very positive image with Indians and his personal example will make a difference. This is where he should concentrate if he is serious. It will not bring change in his lifetime, just as Gandhi’s did not, but it is something that will be more effective rather than a new law.

No point in changing governors