"This land is ours, all of it is ours" says Israeli deputy foreign minister

"This land is ours, all of it is ours" says Israeli deputy foreign minister 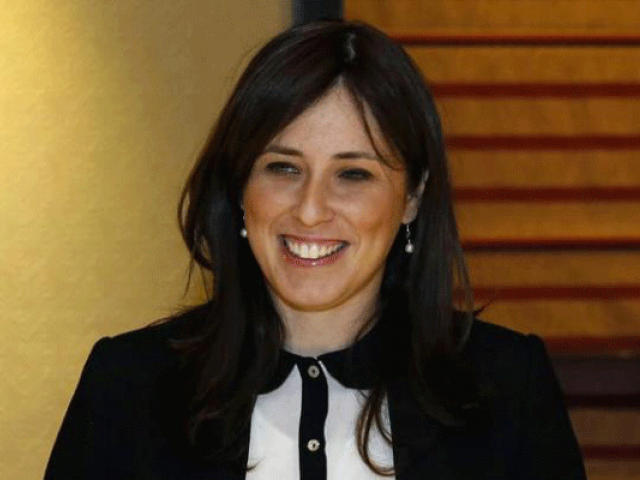 Israel's Deputy Foreign Minister Tzipi Hotovely is opposed to the creation of an independent Palestinian state in the occupied West Bank and in Gaza. PHOTO: AFP

JERUSALEM: A top Israeli diplomat, in a video seen by AFP on Friday, has instructed envoys to quote the Bible as giving Jews sovereignty over the entire Holy Land, including the West Bank.

The video shows a speech she gave on Thursday to foreign ministry staff in Jerusalem, which local media said was beamed to 106 Israeli missions overseas.

“It is important to say that this land is ours, all of it is ours. We didn’t come here to apologise for this,” she said.

Religious nationalists like Hotovely support Jewish sovereignty throughout the biblical “Land of Israel” and oppose the creation of an independent Palestinian state in the occupied West Bank and in Gaza, a cornerstone of international proposals to end the Israeli-Palestinian conflict.

“The international community deals with considerations of morality and justice. Facing this, we have to return to the basic truth of our right to this land,” she said.

She also quoted a mediaeval Jewish bible scholar’s treatise on the story of creation in the book of Genesis.

A participant at the event told AFP some diplomats were shocked to hear such a senior official lay down scriptural writings as guidelines for Israeli foreign policy.