5 steps to survive an asthma attack without an inhaler

5 steps to survive an asthma attack without an inhaler

Most experi­ence an asthma attack withou­t realis­ing they're suffer­ing from it and are not prepar­ed for what follow­s
By Munnazzah Raza
Published: May 22, 2015
Tweet Email 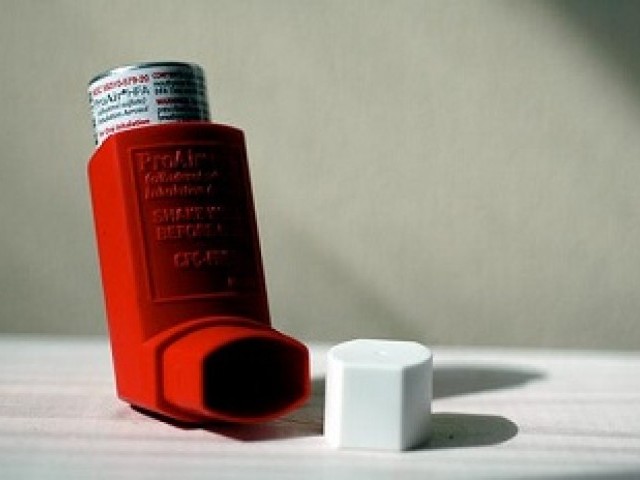 Steps to take during an asthma attack when you don't have an inhaler handy. PHOTO: ATRIUM LEGAL

KARACHI: Chest tightening, wheezing, gasping for air; if you’ve ever experienced an asthma attack you’ll know what the feeling is like. While most people know the drill, some experience these symptoms without even realising that they’re suffering from this condition and are usually not prepared for what follows.

Let’s go back to the basics, what is asthma? Simply put, asthma is a lung condition in which the airways inside the lung become narrow, swell and produce extra mucus. This leads to difficulty in breathing which causes the individual to wheeze and cough due to shortness of breath. While it may seem harmless, it can be life threatening and although it cannot be cured, it can be controlled. But to control it, one must always know the triggers. You may notice that in some cases there are more than one triggers which lead to an asthma attack, due to which extra care should be taken to avoid them.

More often than not, an asthmatic will always keep an inhaler handy, but what happens when someone suffers from an attack and does not have an inhaler in time of need? Here are five steps to help ease the attack:

1. Move away from the trigger We have established that an attack usually occurs due to a trigger, so for example if you’re in the midst of dust or second-hand smoke, move away or breathe through a cloth or your sleeve. If you’re exercising, stop. Do not bend over or lay down, it can constrict your breathing even more. During an attack people tend to gasp for air, but in 1952 a Russian doctor Konstantin Buteyko developed a shallow-breathing technique which contradicts the body’s tendency to breathe hard. The NY Times states, “The Buteyko method instructs people to breathe shallowly and slowly through the nose, breaking the vicious cycle of rapid, gasping breaths, airway constriction and increased wheezing.”

The doctor explains that hyperventilating (the act of breathing too hard and deeply) causes the asthma to worsen by lowering the level of carbon dioxide in the blood so much that the airways constrict to conserve it. In such situations it is best not to panic and maintain calm, otherwise it will add to the attack and make it worse. Staying calm also prevents tightening of the chest muscles and makes breathing easier. Hot caffeinated drinks like coffee, relax the airways and decrease the lungs’ response to irritants providing some temporary relief. While caffeinated drinks such as sodas and energy drinks may help, tea and coffee have other compounds that act similarly to caffeine and because they are hot liquids they help loosen mucus. If none of these are available, take a hot bath the steam also helps in loosening the mucus. If the attack does not subside after some time, go see a doctor or call someone to take you to a nearby hospital.

Losing weight will help me connect with viewers in a better way: Sunidhi Chauhan