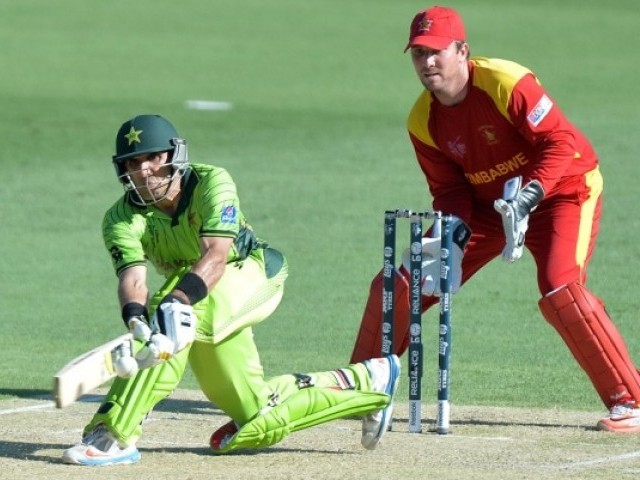 LAHORE / LAHORE: It may be a low-key affair in strictly cricketing terms, but Friday’s opening Twenty20 clash between Pakistan and Zimbabwe in Lahore represents a chance for the hosts to show they are once again open for business.

Cast into sporting exile following the 2009 attacks on the Sri Lankan team, Pakistan have incurred financial losses amounting to $120 million by having to play their “home” games on neutral venues like the UAE, according to an official estimate.

Beyond the money, younger crop of players – including established batsmen Umar Akmal, Azhar Ali and Asad Shafiq, all of whom have played 50 or more internationals – have never experienced the lifting effect of a hometown audience or pitch.

Pakistan is desperate to revive sporting fixtures at home, and must ensure this is the first of several security-incident free tours to restore confidence.

The series, comprising two Twenty20s and three one-dayers, was almost scuppered last week after militants killed 45 minority Shias in an attack on their bus in Karachi.

But Zimbabwe Cricket (ZC) finally gave its green light with a week to go, and since then the two sides have exchanged expressions of mutual brotherhood.

ZC chief Ozias Bvute has compared Pakistan’s plight to the removal of Zimbabwe’s Test status between 2005 to 2011, while captain Shahid Afridi has thanked the visitors and praised their “courage”.

Security is being handled by around 6,000 police and paramilitaries who will line the route from the players’ luxury hotel on the city’s main Mall Road to the Gaddafi Stadium, where all 27,000 tickets have been sold out.

Excitement is building among Pakistan’s cricket-mad public too, with the hashtag #CricketComesHome trending on local Twitter.

The hosts will be desperate to avoid an upset in front of their home crowd, following a disastrous tour of Bangladesh where they lost all their limited-overs matches.

Ahead of the match, Afridi stressed it was time to rebuild the team ahead of next year’s World Twenty20 in India.

Besides Afridi, batsman Shoaib Malik and paceman Mohammad Sami (both recalled after long absences), Mohammad Hafeez and Sarfraz Ahmed are set to feature in the new-look side.

In the case of a drawn series, Pakistan will drop to seventh spot while Zimbabwe can gain three places to ninth if they win one match and seventh if they win both.

That, Zimbabwe captain Elton Chigumbura said, was an incentive for the minnows.

“It’s a good thing about cricket that any team playing good cricket on a given day can win, it’s not about countries but it’s about the eleven guys to go out,” he said.

The match will be officiated by umpire Ahsan Raza, who was critically wounded in the 2009 attacks after a bullet passed through his lung.

Meher Khalil, the bus driver hailed for his bravery after racing the Sri Lankan team to safety after the ambush by machine-gun and rocket launcher wielding militants, will be in attendance.