Allegations against Axact: I have concrete proof to back my claims, says Walsh

Allegations against Axact: I have concrete proof to back my claims, says Walsh

NYT report­er says he is confid­ent he will be able to defend his story in court
By News Desk
Published: May 21, 2015
Tweet Email 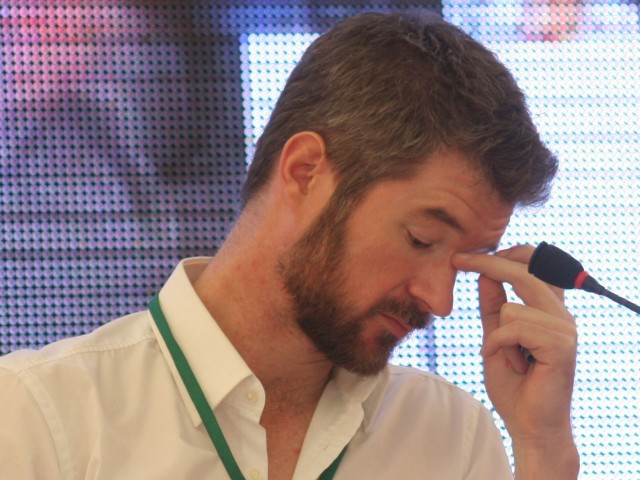 The New York Times reporter Declan Walsh, who broke the story on Axact’s fake degree empire, has said that he has concrete evidence for the claims made in his report and expressed confidence that he would be able to defend them in any court.

“I have talked to many former employees who have worked with that company [Axact], one of whom is mentioned in my article,” the journalist said in an interview with BBC Urdu on Wednesday. “We have many other documents as well, which we will submit in court if called upon… and with the FIA conducting raids at [Axact’s] offices, more evidence is coming to light,” he added.

Asked about his sources, Walsh said it was a standard journalistic practice to hide sources’ identities, especially when their life, property and livelihood are at risk. “Former Axact employees living in Karachi are facing the same problem,” he said. “They are required to sign an undertaking, stating that they won’t reveal their employment with Axact at any point.”

Regarding conspiracy theories about his report, Walsh said: “I was working on this particular story for the last two years. Obviously, all the rival media groups are using this story to their advantage but we have no connection to this.”