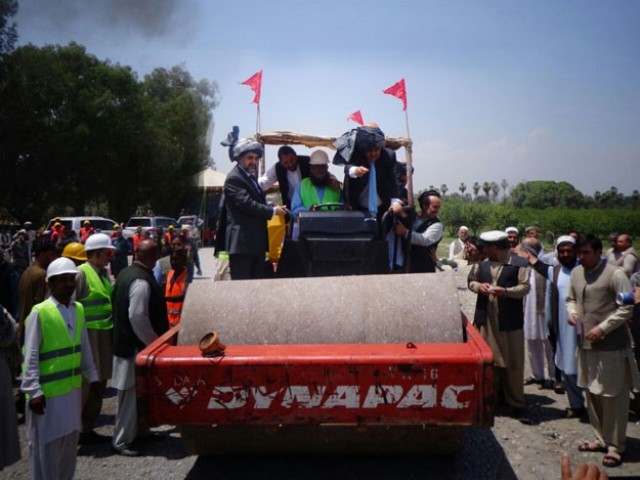 RAWALPINDI: In its latest bid to bridge gaps and strengthen ties with Afghanistan, the Frontier Works Organisation (FWO) on Monday laid the foundation for construction of an additional track of the Torkham-Jalabad Road.

According to a statement released by the Inter Services Public Relations (ISPR), the 75 km long section is part of the Grand Trunk Road which connects Pakistan and Afghanistan through the Khyber Pass.

Speaking on the occasion, Director General FWO Major General Muhammad Afzal said that the two lane carriageway will be constructed along the existing one, which had been completed back in 2006.

“Entire cost of the construction will be borne by Pakistan,” said DG FWO adding that after the completion of the new carriageway, the total width of the road will be expanded to 14.6 meter, turning the narrow Torkham-Jalalabad road into a four-lane carriageway.

Maj-Gen Afzal added that the highway will be constructed at par with international standards and will be able to cater to all sorts of vehicular traffic. The section would comprise “seven bridges and six underpasses,” in addition to the road.

Acting Governor Nangarhar Province Muhammad Hanif Gardiwal, who was also present at the occasion, expressed his hope that the initiative will further strengthen deep-rooted ties between the two countries.

“We are grateful to the government and people of Pakistan for this gift as improved facilities of communication will further strengthen the bond of friendship.”