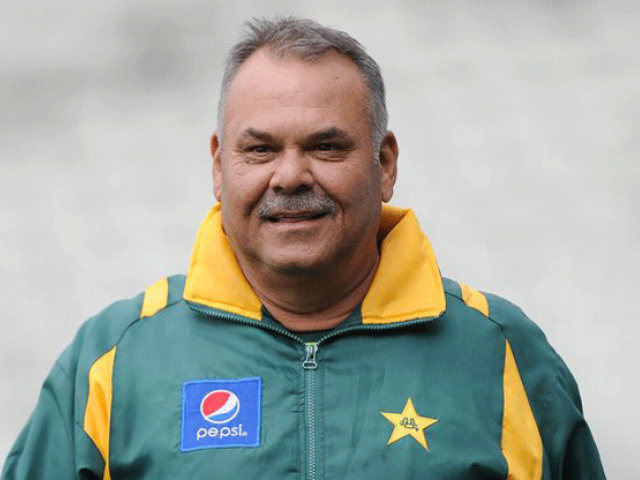 Current coach for Zimbabwe team says he is looking forward to reacquainting with old friends in Pakistan. PHOTO: REUTERS

LAHORE: With tickets for Zimbabwe’s tour to Pakistan up for sale, former Pakistan coach Dav Whatmore said he was looking forward to return to the country and meet friends.

Whatmore is currently Zimbabwe cricket team’s coach and will be arriving in Lahore for the upcoming series comprising two T20s and three ODIs.

Looking fwd to returning to Pakistan as opposition coach and reacquainting with friends. Team zim are & will be working hard for a win!

Read: It starts…: Tickets go on sale for Pakistan-Zimbabwe series

Zimbabwe will fly to Pakistan on Sunday for a limited-overs tour, Whatmore told Reuters.

“The tour is going ahead and we leave tonight,” Whatmore said via telephone from Harare before reconfirming his belief the tour would be successful and that security measures put in place by Pakistan will be adequate.

Zimbabwe will play two Twenty20 internationals, starting on May 22, and a three-match one-day series that begins four days later.

During a search operation around Lahore’s Gaddafi Stadium on Sunday, police officials arrested two suspects, claiming that they belonged to Khyber-Pakhtunkhwa. The operation continued as IG Punjab also reached the venue to examine the security measures being taken, Express News reported.

Security inside and around the stadium has been beefed up as per the orders of provincial home minister Colonel (retd) Shuja Khanzada, who while addressing the media asked them to “cooperate with the security officials.”

On Friday, Zimbabwe had confirmed that they will go ahead with the tour despite an attack on a Karachi bus on April 13 that left 45 people dead.

The Pakistan Cricket Board (PCB) chief Shahryar Khan, while addressing the media in Lahore, had stated that he had a telephonic conversation with the President of Zimbabwe Cricket Union and he confirmed their visit to Pakistan.

He had said that as many as 4,000 police officials and special branch officers will be on duty throughout the series to ensure security of the players as well as of the spectators.