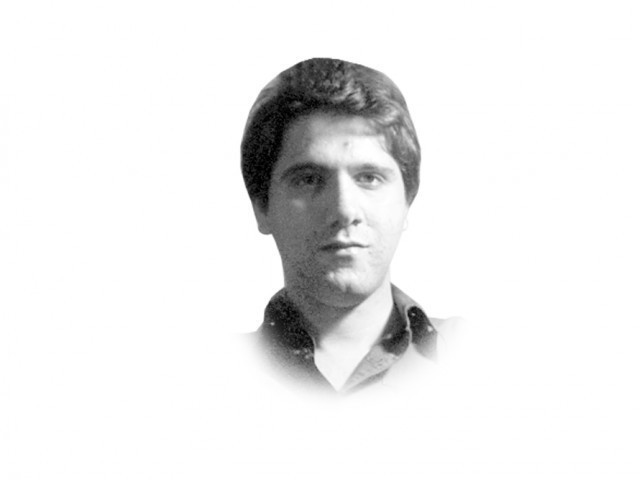 The writer is an Islamabad-based journalist whose reports frequently appear in The New York Times salman.masood@tribune.com.pk

A news report carried on December 9 in several national newspapers including The News, Jang and The Express Tribune that purportedly mentioned cables sent out of the American embassy in India — and disclosed by WikiLeaks — has turned out to be completely fabricated and concocted. The News and Jang were forced to retract the news report after carrying it as their lead story in December 9’s edition.

The fictitious cables seemed to have validated and substantiated every allegation and insinuation that rightwing nationalists and hawks of the military-intelligence apparatus harbour against India. But the revelations contained in these cables failed all tests of veracity and dampened any celebrations planned by those who penned them down and the right-wing, nationalist gallery the cables were intended for.

The fingers of blame are being pointed at the Online news agency, thought to have links to the country’s ‘powerful’ intelligence agencies. It is hard to exactly point at the origins of these fake cables. Was it done at the behest of some officer of the spy agency or some overzealous employee of the news agency, pretending to be a journalist? It is hard to tell. I am quite sure that there would be no denial or mea culpa and a predictable silence would be maintained by those who thought of and cooked up such a fanciful set of lies.

It is clear that this was a botched and very shoddy attempt at trying to extract any benefit from all the negative fallout of the WikiLeaks disclosures. The effort was bound to fall flat but the temerity of those who penned these fake cables is quite astounding. Did it not cross their mind that their imaginary cables would eventually be exposed for being fake after scrutiny by a vigilant and aggressive media and blogosphere? It appears such a thought, if at all did exist, was shunned away at the cost of expediency and taking one chance in hell.

I am surprised but not shocked. Sometimes officials here just don’t seem to think things through. I am reminded of several incidents but for now would cite one briefing by the Strategic Planning Division in early 2008. Initially, the organisers had said that the briefing was a backgrounder. But as soon as the general finished the briefing, a female journalist and a few others pestered him as to why the briefing couldn’t be ‘on-the-record’. “Ok, fine, it is all on the record”, the general replied in a rather generous mood. Almost immediately, all journalists took out their BlackBerrys and filed to their newsrooms and editors. About half an hour later, officials from the Inter-Services Public Relations started calling the participants, pressing them not to mention the name of the general in their reports and to take out the reference from their online stories. Obviously, it was not possible, and too late as well, as the name of the general had already been circulated all over the web.

Our intelligence agencies often exhibit behaviour that defies logic and common sense. An indication of this can be gleaned from what transpired in the Supreme Court on December 9 when it was revealed by a lawyer for the intelligence agencies that 11 alleged terrorists were indeed in the military’s custody, even though for months the government had claimed otherwise in front of Chief Justice Iftikhar Muhammad Chaudhry. Why deny for so long when eventually you admit to the contrary?

The reason lies in the prevalent culture in the country that lacks transparency and accountability. Intelligence and spy organisations make the most of this pervasive malaise as they operate in a grey and opaque environment, used to flouting normal legal procedures and dismiss and discard any hindrance to their desired goals. The methods deployed to achieve their goals have often been crude and unrefined.

But in this age of fast and easy digital communication, they would have to be more imaginative and sophisticated to either silence their critics or put forward their own agendas. Crude and brutal ways such as the torture of journalists like Umar Cheema, who was abducted and tortured in September, or simply stupid attempts like the fake cables would achieve nothing but ignominy.

A case for taxing agricultural income