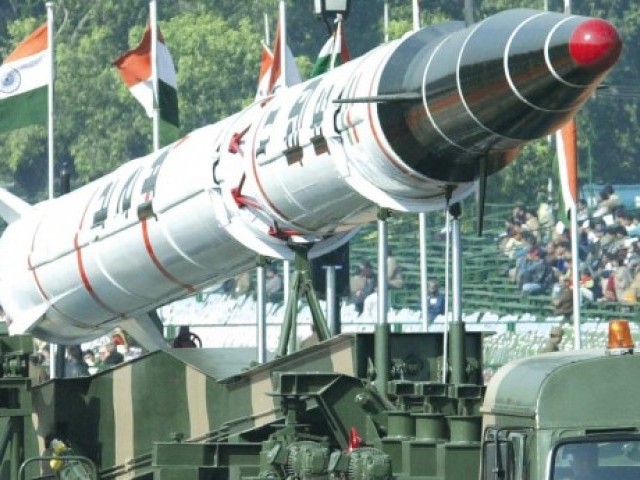 The surface-to-surface “Agni-II plus” was fired from a mobile rail launcher on Wheeler Island off the coast of the western state of Orissa, but dropped into the sea shortly into its planned flight, the sources said.

It was not immediately clear why the test had failed. The missile has two stages, both fuelled by solid propellants. Capable of carrying a one-tonne conventional or nuclear warhead, Agni-II is one of a series of missiles being developed as a deterrent strategy against India’s nuclear-armed neighbours China and Pakistan.