I can’t wait to see both my films rule the box office: Humayun Saeed

I can’t wait to see both my films rule the box office: Humayun Saeed 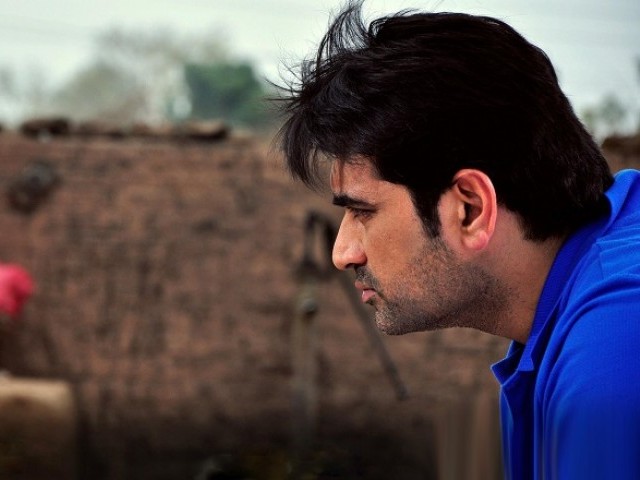 KARACHI: Few individuals rule the airwaves for decades. Fewer still significantly alter the course of Pakistani showbiz. Hardly anyone can manage to remain humble at the same time. Humayun Saeed did all three.

After a brief hiatus, Humayun Saeed is all set to return to the big screen with not just one but two upscale movies and a drama serial. The much awaited Mahira and Humayun starrer Bin Roye is slated to release on Eid ul Fitr and Humayun Saeed’s home production, Jawani Phir Nahi Aani will be released on Eid ul Azha.

“I am waiting eagerly for the release of both movies. Both of them are very different from each other and have been made by experienced film makers. I can’t wait to see them rule the box office,” Humayun Saeed told The Express Tribune.

Talking about Bin Roye, Humayun Saeed said that the film is a serious romantic drama. “It takes you back to the era of Nadeem and Shabnam when family stories ruled the big screen. The story is told from Mahira’s perspective and my role adapts accordingly.”

Humayun explained that the storyline is similar to that of a serial, and he expects it to hit the audiences on several emotional levels. “It is a complete family story and is sure to resonate with the emotions of the masses.” Bin Roye is the brainchild of the team that brought the blockbuster drama serial Humsafar to screen. Produced by Momina Duraid, the film is based on the novel Bin Roye Aansoo by Farhat Ishtiaq, who had also written the novel on which Humsafar was based.

Denying the similarity of Bin Roye’s story with Humsafar, Humayun said that the story is completely different. “There is no resemblance between Bin Roye and Humsafar. The story of Bin Roye is much more mature.”

Humayun Saeed refused to reveal any information regarding the plot, saying that he’d rather keep it a surprise for who haven’t read the book, but, going by the novel, Bin Roye appears to be the story of a younger sister being forced into a marriage with her brother-in-law after his wife, her elder sister, passes away.

You can watch the trailer here:

The film will later be turned into a drama serial, which will be aired on television in December. Humayun confirmed that the drama will also share the same name and cast, with only minor changes to fit the story for television audiences. Talking about JPNA, Humayun Saeed told The Express Tribune that the movie is a family oriented comedy masala movie, a genre which has not yet been fully explored in Pakistan.

Responding to the criticism raised towards the movie promoting western values, Humayun said it’s a hardcore Pakistani movie. “Trailers are often misleading. They are released only to create word-of-mouth publicity, and we have successfuly accomplished that.” Humayun said.

You can view the much-talked-about trailer here:

He added, “When people watch the movie, they will know how Pakistani it is. The jokes, the story, everything has been inspired by the life of Pakistani families,” He added, “People try to compare everything we do with Bollywood. When I released Mein Houn Shahid Afridi (MHSA), people believed that it would be a Pakistani version of Chak de India, but their opinions changed after they watched the film,” Revealing details about the music of the film, Humayun mentioned that the film has six songs in total, including a title song done by Ahmad Ali Butt, three songs done by Shaani, one by Sahir Ali Bagga and another one by Shuja Haider.

Humayun did not seem concerned about competition, and seemed confident that his movies would make a mark at the box office. “I am confident they will do well,” he said.

Humayun also revealed the team plans to carry promotional campaigns in colleges and universities in the coming weeks. Humayun Saeed is also starring with Shaan and Adnan Siddiqi in Hasan Raza’s action packed Yalghaar, which was initially scheduled to release in December but has now been delayed until next year.

“I used to do one film in a year. It’s the first time I am doing two of them, both being very different. So, we decided to delay Yalghaar for the next year,” Humayun explained.

Talking about his expected project, Malik a story about business tycoon Malik Riaz, Humayun said that the idea has been dropped for now, and might be re-started under a different name. Urwa Hocane was also due to star in the movie. Humayun Saeed also reminisced about his time in the Pakistani entertainment industry. “Twenty years in the industry has been a fulfilling experience. From acting in television dramas to producing them and then stepping into film making, I have explored as many options I could in the industry.”

Humayun also talked about his future plans after Bin Roye and JPNA. The actor revealed that he was focusing on making movies in the recent years but has gone back to working on television and will be seen in two serials scheduled to release around December. “One of them is Nadeem Baig’s Dillagi and the other is Khaleel ur Rehman Qamar’s Mere Pas Tum Ho,” Humayun revealed.