Qauid-i-Azam Solar Park, Bahawa­lpur has been comple­ted at the cost $131 millio­n
By Anwer Sumra
Published: May 5, 2015
Tweet Email 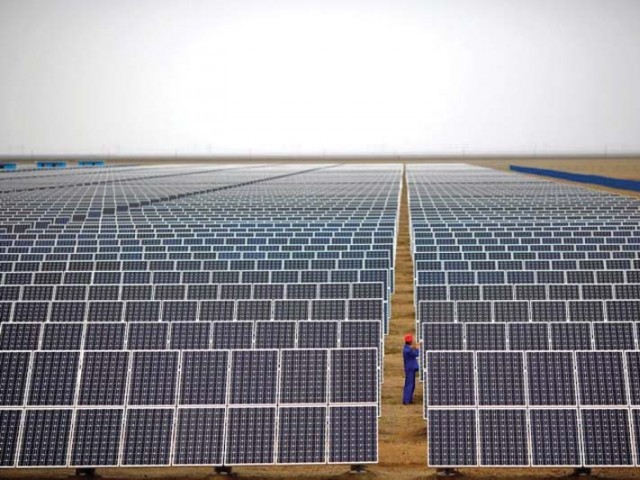 The Qauid-i-Azam Solar Park has been completed at a cost of $131 million in one year. PHOTO: REUTERS

LAHORE: A 100 megawatt (MW) solar energy project is being inducted into the national transmission grid on Tuesday (today). Prime Minister Nawaz Sharif will preside over the induction ceremony. Chief Minister Shahbaz Sharif, too, will be present.

The Qauid-i-Azam Solar Park has been completed at a cost of $131 million in one year.

“The project was scheduled to be completed during the first quarter of 2014. However, it was delayed after the Chinese firm granted the contract failed to fulfill the criteria during the due-diligence process carried out by Punjab government,” an energy department official said.

In October 2013, a BS-19 Pakistan Administrative Services officer, Najam Ahmad Shah, was appointed chief executive officer of the company. The company invited expressions of interest for the project. As many as 12 companies applied for pre-qualification. Three of these were shortlisted. Chinese company, Tbea, was then awarded the contract.

Saad Rafique urged not to appeal the verdict