Pamela Geller and her AFDI organi­sation have been labell­ed as a 'hate group'
By Web Desk
Published: May 4, 2015
Tweet Email 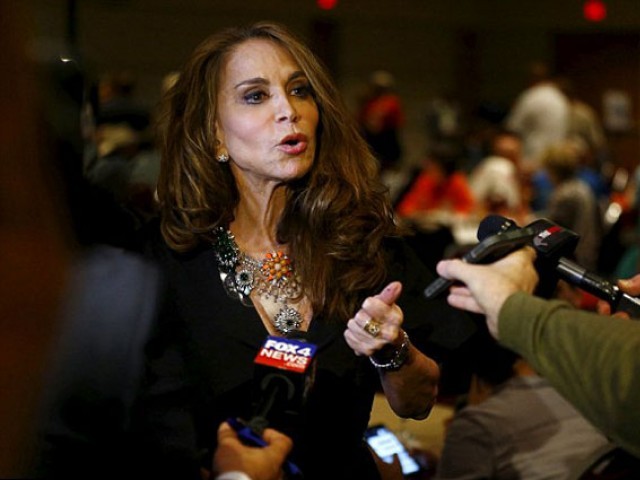 'This is a war,' Geller wrote on her blog after the shooting. 'This is war on free speech. What are we going to do? Are we going to surrender to these monsters?' PHOTO REUTERS

The organiser of the Texas cartoon contest, where two suspected assailants were gunned down on Sunday, has had had a long history of propagating provocative propaganda against Islam, so much so that the the group had been labelled as a ‘hate group.’

Prior to the Garland event, Pamela Geller and her American Freedom Defense Initiative (AFDI) has run campaigns opposing the the construction of an Islamic center and for acquiring advertising space across the country to orchestrate a drive against Islam.

For Sunday’s event, Geller had promised a $10,000 award to the person who came up with the best sacrilegious cartoon depicting Prophet Muhammad (PBUH).

The AFDI is listed as a hate group by the Southern Poverty Law Center.

Read: Two dead, one wounded at Prophet Muhammad (pbuh) cartoon contest in US

The 56-year-old blogger is already a controversial figure and was quick to term the shooting as a ‘war on free speech’.

“This is a war,’ Geller wrote on her blog, Atlas Shrugs. “This is war on free speech. What are we going to do? Are we going to surrender to these monsters?” Sacrilegious drawings of Prophet Muhammad (pbuh) are seen as an insult by many followers of Islam, and most recently was cited as the reason for the attack on French magazine Charlie Hebdo which left 12 people dead.

According to the views of the mainstream Islamic tradition, any physical depiction of the Prophet Muhammad is considered blasphemous.

A watchdog explains Geller’s work as “prone to publicising preposterous claims, such as President Obama being the ‘love child’ of Malcolm X, and once suggested that recent US Supreme Court appointee Elena Kagen, who is Jewish, supports Nazi ideology.”

Gellar had a built a media career from the New York Daily Times and New York Observer and lived as a well-off housewife and mother on Long Island.

The controversial campaigner had spearheaded a campaign to restrain construction of the so-called ‘Ground Zero Mosque’ from commencing in Manhattan and it rapidly became popular among the anti-Islam circles.

Moreover, in recent times, Geller and her associates had sued New York’s Metropolitan Transit Authority after the administration did not agree to post on its buses and subways one of four ads taken up by the organisation in 2014 which could incite violence.

According to Judge John Koeltl, while giving a verdict in April, the incendiary ad was actually speech protected under the law.