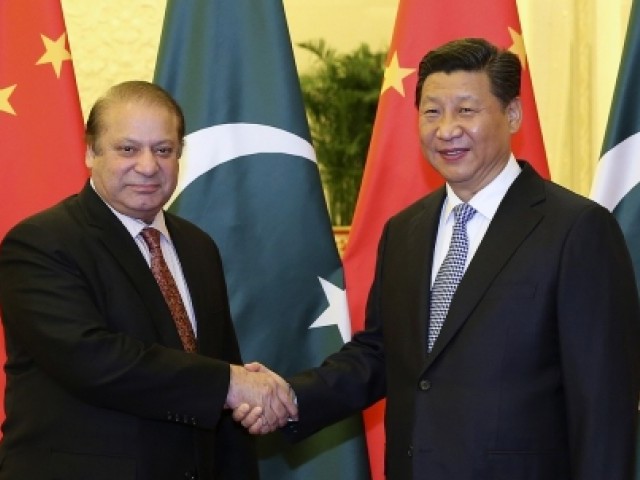 ISLAMABAD: Prime Minister Nawaz Sharif has set up a self-nominated monitoring unit for better execution of all projects related to the multi-billion-dollar China-Pakistan Economic Corridor.

Chinese President Xi Jinping on his recent visit to Pakistan had signed a historic deal with both the friendly countries agreeing to build more than 3,000 kilometres of transport infrastructure in Pakistan to connect the Gwadar port in Balochistan to China’s north-western region of Xinjiang. The overall investment for these different projects has been estimated at well over $46 billion.

Through this unit, the prime minister would monitor the performance of all ministries engaged in executing over 50 projects under the China-Pakistan Economic Corridor.

An official statement issued by the PM office stated the premier had formed Pakistan’s first Prime Minister’s Delivery Unit (PMDU), which started functioning from Thursday, “to bring a paradigm shift in the standard of governance and to ensure the timely completion of key development projects”.

The delivery unit team, led by the PM’s spokesman Musaddiq Malik, also gave a presentation to the prime minister on how the team would monitor the projects.  The unit, created in the Prime Minister’s Office, comprises “top-flight professionals from the private sector”. They have initially been tasked to support the relevant ministries in removing bottlenecks in the effective implementation of LNG-related energy projects. The prime minister will monitor the performance of ministries on a weekly basis. “This will improve inter-ministerial coordination, ensuring their timely response on important public service delivery matters,” the statement read.

Earlier, Chinese Ambassador to Pakistan Sun Weidong called on Nawaz Sharif at the PM House in Islamabad and delivered a letter from President Xi, in which he has reaffirmed China’s commitment for early execution of all projects under this initiative.

The Chinese president reiterated his support to an abiding, all-weather, bilateral relationship between Pakistan and China, terming the two countries “Iron Brothers”, an official statement said.

According to Radio Pakistan, the Chinese president also thanked the prime minister for the hospitality extended to him during his visit to Pakistan last week and the arrangements made to ensure the success of his visit.