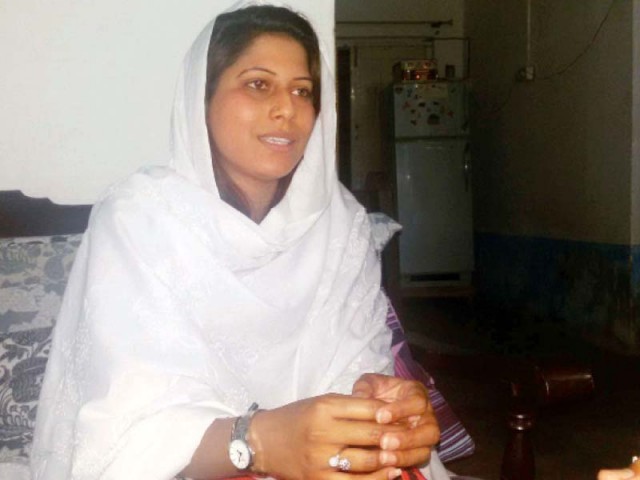 Hina Patras says if elected she will focus on women’s rights violations and helping marginalised communities.

Only six years ago, girls in Swat were barred from leaving their homes and their education was banned by the Taliban. However, since the security forces drove out the militants, the district’s women have made great strides in raising their voices for their rights. From Malala Yousafzai campaigning for girls education to Tabassum Adnan working for women’s rights and Humaira Shaukat becoming Swat’s first women lawyer.

Hina Patras, a representative of Swat’s small Christian community, has now joined the ranks of these brave women. Patras, 25, has become the first Christian woman to contest local government polls for a district councillor seat in Saidu Sharif.

Patras has a master’s degree in sociology and is a social worker by profession.

“Serving people was my innate drive,” Patras tells The Express Tribune. Her passion only grew after she joined an NGO and came across those marginalised by society.

For Patras, fighting for minorities’ rights and resolving their problems is not the only factor that pushed her to contest elections; she wants to serve humanity irrespective of religion and creed.

“In my social work, when I meet poor communities, particularly women, my heart sinks. I want them be happy and prosperous, with equal rights,” she says, adding the major hurdle in women speaking up for their rights is lack of awareness and education.

The problems minorities are facing in Swat are a bit complicated; they do not face discrimination from locals, but they feel that the government does not take their needs seriously, she says. “We (Christians) have no proper church or graveyard, and we are only considered fit for lower positions such as sanitary workers and peons, in government departments despite being highly educated,” she says.

However, Patras is confident that if elected she would resolve these issues as she believes she has the support of minorities and Muslims alike.

Patras is aware that working in a male dominated set-up will not be easy but she says her parents encouraged her in her cause. “Some people tried to put pressure on me to give up the idea of contesting. They said politics is not a woman’s job but I will show them that women can be better at it than men, if they have the support of their community and passion to serve,” she says.

After finding out that Patras will be contesting, many women have already started listing their demands. “Girls want me work on establishing a playground and women’s university. They also want skill training schools in Swat,” she says.

A staunch supporter of girls education, Patras says many women have received higher education but do not make use of it for various social reasons, which should not be the case.

“I will mainly focus on women rights violations in the area because domestic violence, underage marriages, dowry demands, denial of legal share in property, acid throwing and swara affect me emotionally,” she adds.

Patras says she will do all she can to fight for women’s rights and for the rights of marginalised people, but she also calls for collective action. “Alone I cannot do much, but collectively we can make a difference.”

A staunch believer in equality, Patras says, “I am not a minority, I am an equal citizen of this country.”