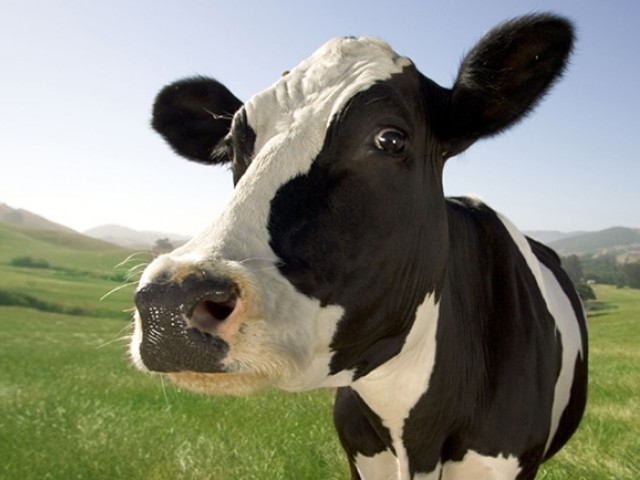 KARACHI: Milk is a staple in every diet, however, the white liquid you’re drinking is better left unconsumed. Not only is the human body not designed to digest animal milk but the liquid is devoid of all nutritional benefits and has dire effects on the body.

When you run out of milk for your morning chai, don’t go running to your neighbour asking Got Milk?, the following research from Health, Forbes and The Daily Mail unearthed that this white substance should be ditched for good. TV commercials claiming milk helps strengthens bones is just one example of the age-old marketing ploy we have been fed through the years. We have been made to believe that milk is good for us and contains numerous health benefits, however, research states the contrary.

Humans are the only mammals to consume milk after infancy because we think the calcium in milk will strengthen our bones. Well, we couldn’t be more further from the truth; the fact is only human milk is designed for the human body, and its consumption should be only during infancy. According to Health, How Stuff Works, “The biochemical make-up of cow’s milk is perfectly suited to turn a 65-pound newborn calf into a 400-pound cow in one year.” Cow’s milk contains three times the amount of protein, more than half the calcium in human milk and is devoid of the fatty acids that a mother’s milk produces. The protein content sounds great but such a high nutritional content (twice a day for some) is detrimental to your health.

According to Physicians Committee for Responsible Medicine, “Animal protein leaches calcium from the bones, leading to its excretion in the urine.” You see, your body has a certain pH level, when you consume cow’s milk it makes the blood acidic alerting the body to neutralize the damaging acidic protein before it reaches the kidneys. In order to neutralize it the body needs calcium and since most of the calcium is stored in our bones it is drawn from there causing a reverse effect thereby depleting your bones. Because of increasing demands worldwide, milk production can no longer wait on nature. Milking cows are now given a genetically engineered form of bovine growth hormone (rBGH) which makes them produce more milk at a faster rate.

When cows are injected with this man-made hormone, their body becomes more susceptible to an infection called Mastitis. This infection causes the cow to produce more pus, which ends up in the milk the animal produces. According to an article by Mike Ewall, Bovine Growth Hormone: Milk does nobody good… , “Monsanto’s own data shows that there is a 79 per cent increase in mastitis (udder infections) and a resulting 19 per cent increase in somatic cell counts (pus & bacteria in the milk).”

To counteract this infection, the cows are then given antibiotics. Not surprisingly, the residue of these antibiotics is found in the milk we drink. The Wall Street Journal (1989) did a study of the antibiotic residues in milk on the market and found that 20 per cent of the milk had illegal antibiotics present. A study in 1992 by Center for Science in the Public in 1992 found that this number had increased to a shocking 38 per cent. It’s a fact that cows eat grass, but not anymore. After WW 2 an influx of corn in the market forced farmers to feed corn to their cattle, they noticed that the maize beefed up their cattle in a shorter time span as compared to when they were grass-fed. According to Small Bites Nutrition, milk from corn-fed cows lacks a poly saturated fat called conjugated linoleic acid CLA, which inhibits cancer growth and boosts the immune system. This milk is not only short on nutrition but it is also the byproduct of a body that has taken in copious amounts of antibiotics and hormones.

That’s not all, besides the milk, the beef is also harmful to your health. Global Ag Investigating states, “75 years ago it took a cow four to five years to reach a slaughter weight of 1,200 pounds. Today it takes 13-15 months, thanks to corn, antibiotics, growth hormones and protein supplements.” What does the beef offer? A decrease in healthy Omega-3 fatty acids and an increase in unhealthy Omega-6 fatty acids. Ever wondered why 75% of the world is lactose intolerant? According to the American Journal of Clinical Nutrition, those people are normal, while adults who can digest dairy products after the suckling stage are the ones who should be concerned.

Let’s break it down, lactose intolerant means that the body is unable to digest the milk protein, lactose. This is the result of a shortage of enzymes called lactase which break down lactose into two simpler forms, glucose and galactose. Infants and young children have lactase which allows the body to break it down into simpler substances which can then be absorbed by the blood stream. According to a study published in Proceedings of the National Academy of Sciences, “The ability to digest lactose is not an evolutionary novelty in human populations. Nearly all mammals begin life with the ability to digest lactose. This trait is advantageous during the infant stage, because breast milk serves as the primary source for nutrition, as weaning occurs and other foods enter the diet, breast milk is no longer consumed. As a result, the ability to digest lactose no longer provides a distinct fitness advantage.”

Now you know the reason why all mammals – excluding humans, of course – stop drinking mother’s milk after infancy. Soy milk is not far behind on the scale. An article published by The Huffington Post states, “Thousands of studies link soy to malnutrition, digestive distress, immune system breakdown, thyroid dysfunction, cognitive decline, reproductive disorders and infertility – even cancer and heart disease.” Additionally, soybean crops are heavily sprayed with chemical herbicides, such as glyphosate, which a French study found to be carcinogenic.

Soy contains a chemical called isoflavones, which mimics a strong female hormone, oestrogen. The Guardian states, “It has been estimated that infants who are fed soya formula exclusively receive an amount of oestrogen equivalent to five birth control pills every day.” For women these highly active compounds are strongly linked to breast cancer and disrupt the normal menstrual cycle. As for men these chemicals slow down the sperm cell making it difficult to fertilize the egg during intercourse.

Although it’s a heavy list to absorb, research has proven that milk – especially cow’s milk – is bad for health regardless of what ads claim. On the other hand, unsweetened fermented or cultured dairy products such as yogurt, kefir, and sour cream are acid neutral and do not have to be cut from your diet.

Next time you blame your nani‘s weak knees on her lack of dairy consumption or lecture your child about how he/she should be drinking milk twice a day for stronger bones, think again.

Ranbir Kapoor and Katrina Kaif dash off to Maldives for holiday