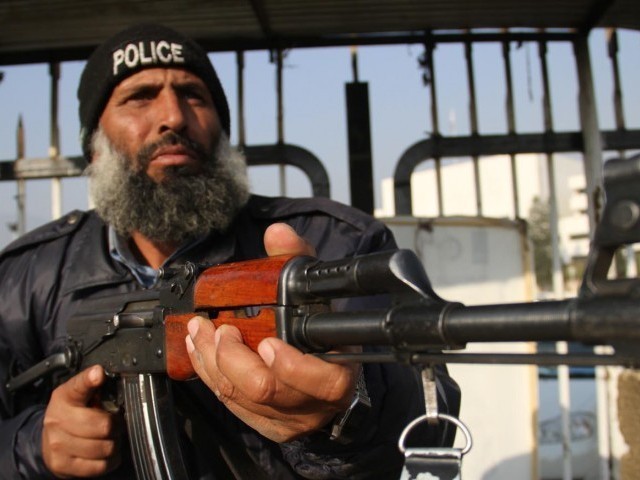 In the past three months, the Khyber-Pakhtunkhwa police department has trained 10,727 security guards deployed at educational institutions across the province, stated a handout issued by the department on Tuesday.

Such measures were taken after the devastating attack on the Army Public School left over 150 people, mostly schoolchildren, dead.

The handout stated concrete steps have been taken to improve security at public and private schools during the ongoing year. It added that an additional 10,610 security guards are being trained.

A workshop was organised to raise awareness about the security situation and was attended by secretary education and other relevant officials from all districts of the province, it read. “Guidelines were issued to all educational institutions to ensure maximum security, while a one-click SOS alert service was introduced for any vulnerable and sensitive institutions.”