By going ahead with the HBL transa­ction, the govern­ment has helped restor­e some confid­ence in their econom­ic plan.
By Editorial
Published: April 15, 2015
Tweet Email 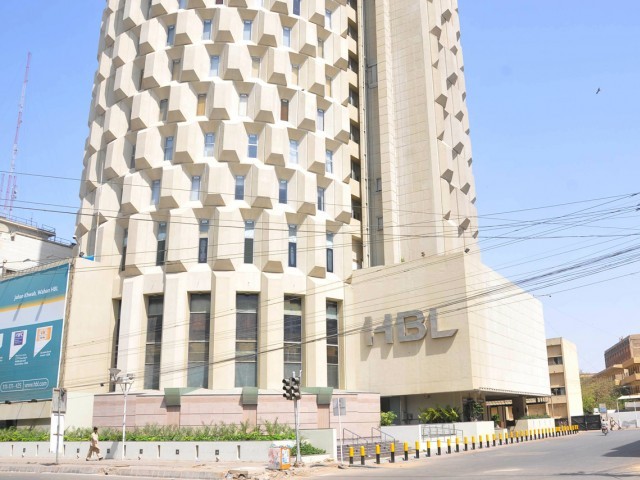 By going ahead with the HBL transaction, and hitting the billion-dollar mark for the first time in Pakistani history, the government has helped restore some confidence in their economic plan. PHOTO: EXPRESS

When all is said and done, there will be some criticism of how the government handled the $1 billion Habib Bank secondary offering, the largest capital markets transaction in Pakistani history. And indeed, when dealing with a transaction that size, an error of even a few basis points can mean hundreds of thousands, if not millions, of dollars in potential revenue foregone. But on the whole, we do believe the government handled the privatisation of the country’s largest bank rather well.

Finance is as much art as it is science, and so it is always possible to argue that the government could have gotten a better price, as indeed many have suggested. But at least some of the criticism is coming from people who clearly do not understand how valuation and pricing of secondary offerings work. There are three main criticisms offered: the price was too low, the bidding mechanism was not the right one, and the timing was not right. Each of those are very subjective criticisms, and there is no evidence to suggest that the government majorly bungled on any of those fronts.

Firstly, for a share offering of that size for a company that is already publicly listed, the issuer always has to offer shares at a discount to the current price. One can quibble about just how much of a discount before the transaction actually takes place, but the proof is in the order book: the government received only 60 per cent more bids than the offered number of shares which, in this day and age of inflated order books, barely qualifies as a successful offering, suggesting that the offering, at Rs168 per share, was correctly priced, and indeed, may perhaps have been more favourable to the government than to investors.

Secondly, there has been some suggestion that the method used to conduct the offering — the Dutch auction — was not the appropriate method. Yet that criticism appears to come from people who seem unaware of the fact that the Dutch auction is by far the most common method of selling securities, particularly in large transactions. It is also used by the United States Treasury when selling US government bonds.

And finally, and perhaps, most legitimately, there has been concern that the transaction was held at a time when the overall market had just gone through a sharp, painful correction, and bank stocks in particular had been hammered badly. This suggests that the price was artificially lowered because the market price is lower than it should normally be. There is certainly some truth to this point, but the government has no means of knowing when precisely the best time is to execute a transaction, nor indeed does any player in the capital markets. You do the best you can, and the government made a reasonable calculation that it was still getting a good price and so went ahead.

Indeed, one could argue that, after the failure of the Oil and Gas Development Company (OGDC) secondary offer, that postponing the Habib Bank offering would have been irresponsible on the part of the government because it would have lost Islamabad a not inconsiderable amount of credibility among international investors, who had become sceptical of the government’s resolve in continuing the privatisation process. By going ahead with the HBL transaction, and hitting the billion-dollar mark for the first time in Pakistani history, the government has helped restore some confidence in their economic plan.

There are some economic nationalists who argue that the government should have held on to the bank, arguing that the dividends from Habib Bank were an important revenue for the government. Leaving aside the mathematical fallacy of that point of view, such arguments ignore the economic impact of creating depth in the capital markets, and the precedent for truly large transactions that will help companies raise capital in the future. By law, most of the proceeds from this transaction must go towards debt repayment. We advocate paying off the highest interest-yielding debt first so as to have the maximum impact on the government’s debt servicing expenses.

The curse of the copycats