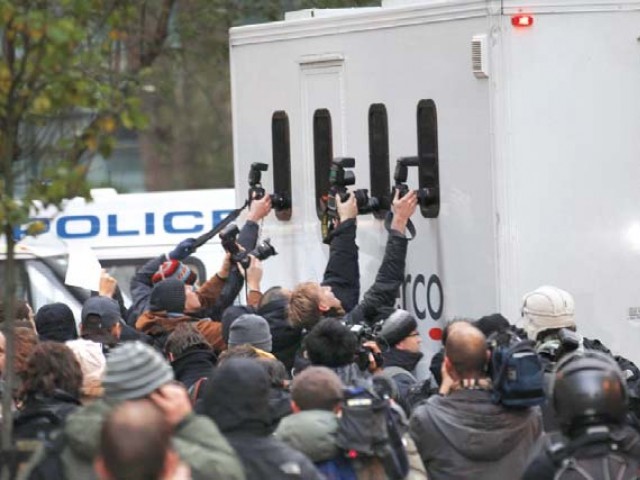 WikiLeaks chief Julian Assange was refused bail on Tuesday by a British judge over claims of sex crimes in Sweden, dealing a fresh blow to the website which vowed to stay online and reveal more US secrets.

Assange was remanded in custody until December 14 after saying he would fight his extradition to Sweden on suspicion of rape and molestation.

The 39-year-old Australian, whose whistle blowing website has enraged Washington by releasing thousands of secret US diplomatic cables, appeared in court just hours after handing himself in to British police.

Filmmaker Ken Loach, socialite Jemima Khan, and campaigning journalist John Pilger each offered 20,000 pounds for Assange’s bail, but it was refused on the grounds that he might try to flee Britain.

“I am satisfied that there are substantial grounds to believe that if granted bail he would fail to surrender,” the judge added. The judge said Assange had “comparatively weak community ties in this country” and had the “means and ability to abscond if he wants to.” Assange appeared calm in court, an AFP reporter said. Wearing a navy blue suit and a white shirt without a tie, he spoke to confirm his name and address, giving an Australian PO box address.

The former hacker denies the Swedish claims. He says they stem from a dispute over consensual, unprotected sex with two women and that the accusations may be politically motivated.

WikiLeaks has said it would release more secret US diplomatic cables despite the arrest of its founder.

“Today’s actions against our editor-in-chief Julian Assange won’t affect our operations: we will release more cables tonight as normal,” the whistle blowing website said on its Twitter feed.

A journalist working for WikiLeaks said staff was carrying on as normal.

“In terms of what is happening, all is on schedule, all that stuff will keep rolling out as ever,” James Ball, who has been analysing the cables for WikiLeaks, told AFP.

According to a Metropolitan Police statement, “Assange is accused by the Swedish authorities of one count of unlawful coercion, two counts of sexual molestation and one count of rape, all alleged to have been committed in August 2010.”

The net has tightened around the Australian former computer hacker since his whistleblower website began releasing thousands of secret US diplomatic cables last week, infuriating Washington and other countries.