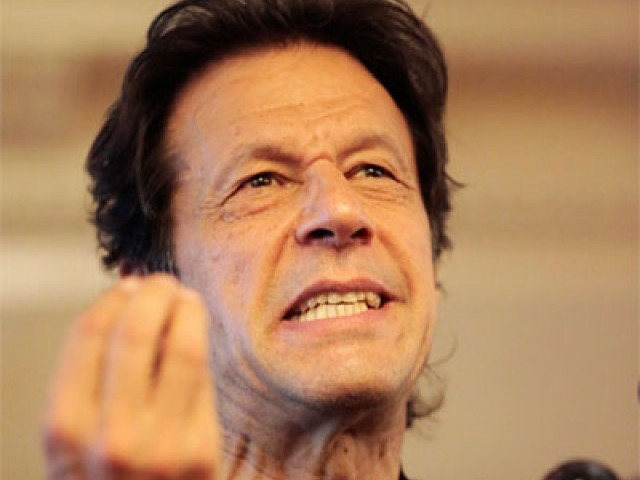 Less than 24 hours after parliament passed a unanimous resolution keeping Pakistan out of the Yemen conflict, the chairman of the Pakistan Tehreek-e-Insaf (PTI) took credit for the decision, saying it was his party that blocked out the possibility of any clandestine deal.

The five-day debate at the joint session on Saudi Arabia’s request for Pakistan to join the Gulf military coalition against Houthi rebels in Yemen ended with federal lawmakers advising the government against participating in the war. However, the lawmakers supported the administration’s commitment to protect the kingdom’s territory if it were to come under a threat.

“It was on the PTI’s initiative, supported by key opposition parties, that many critical clauses were included in the resolution,” Imran Khan said in a statement. “The PTI is convinced that Pakistan should not get involved in someone else’s war, and only by remaining neutral can Pakistan play an effective role in mediation and peace-making.”

Imran congratulated parliament on passing the resolution that “secures Pakistan’s national interests by preventing it from getting embroiled in someone else’s war”.

Recalling his 2004 speech in the parliament, the PTI chief said he had urged the government to stay out of the US war on terror and not send troops to Waziristan.

“But underhand commitments were made,” he said, “and the devastating results on Pakistan and its people can be seen today, with over 50,000 dead, over $1 billion loss to the country’s economy and a polarised polity battling resurgent terrorism.”

He said the Yemen conflict and sending Pakistani troops to fight there was an important national issue. “I felt the PTI must play its role and impact the national policy.”

The PTI believes working “diplomatically to end the war in Yemen through the United Nations Security Council and the Organisation of Islamic Cooperation”.

Parliament has made a “wise decision to maintain neutrality in the Yemen conflict, a true reflection of the people’s opinion”, added Imran.