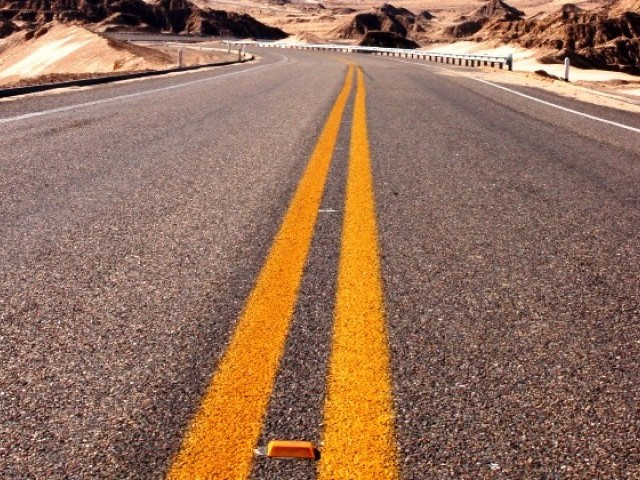 The Rs21 billion project to make free Islamabad Highway signal-free from Zero Point to Rawat was previously put on backburner due to the public inconvenience it would cause as major roads in the twin cities were already unusable due to metro bus project-related roadwork.

The PC-I for the highway widening project will be presented for approval before the Capital Development Authority-Development Working Party (CDA-DWP) on Wednesday (today). Besides this, the CDA-DWP will also consider two other projects — the development of Kuri Model village, and sectors C-13 and C-14.

The CDA has already given a Rs220 million consultancy contract for the highway project to a consortium of three private consultant firms — Zeerak, Moya, and M Iqbal Haque and Associates.

Under the PC-I, available with The Express Tribune, the project includes developing a signal-free, controlled-access corridor on Islamabad Highway up to a five-lane dual carriageway as marked in the Islamabad Master Plan.

The first phase of the project includes rehabilitation of the existing three-lane dual carriageway and addition of two new lanes on either side of the highway from Zero Point Interchange to Faizabad Interchange.

The final phase includes rehabilitation of the existing two-lane dual carriageway from Airport Chowk to Rawat, along with the addition of three new lanes on either side.

According to traffic estimates, the expanded highway would be able to manage the traffic load on the route for the next two decades.

Besides this, new service roads on the east and west sides of the highway from Airport Chowk to Rawat will also be constructed.

Two new interchanges — at Airport Chowk and Rawat — are also part of the project, while three flyovers — one each in Sector I-8, Faizabad Interchange, and Defense Housing Authority — will also be part of the project, along with underpasses and overhead bridges at Kuri Road, PWD colony, Japan Road, Korang, and Soan.

A senior CDA official said the CDA would execute this project with its own funds.

“Initially, it has been decided that the CDA will execute this project on self-finance basis, but with deferred payments,” he said, adding that the federal government had given an earlier assurance to partially fund the project.

“The federal government may announce a grant for the CDA, but it would be at a later stage,” he added.

The project will also be a boon for real estate investors in Zone-V of Islamabad, as dozens of private housing societies connect to the highway.