Back in action: Nargis to get in shape for comeback film

Back in action: Nargis to get in shape for comeback film 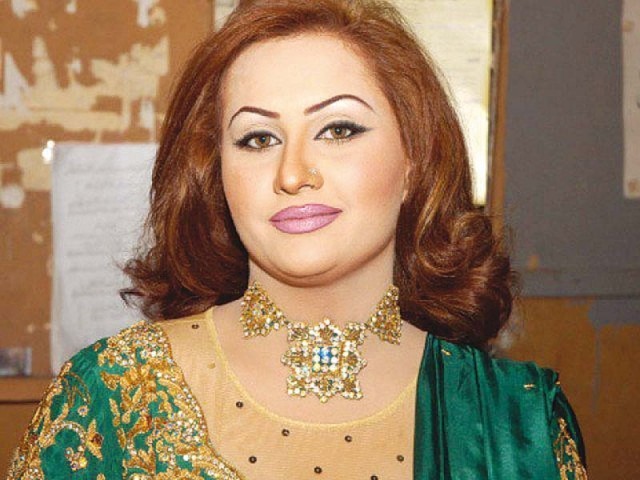 Nargis, who had moved to Canada, felt that, with the film industry heading towards revival, it’s the right time to go back to Pakistan. PHOTO: PUBLICITY

Quintessential Lollywood star Nargis is set to make her way back into the industry. She is producing the film Dushman Rani, formerly titled Daku Rani, and has roped in long-time colleague Pervaiz Rana, who will helm the project as director. Interestingly, the film-stage actor will also star in the film as the fear-inducing Dushman Rani and has employed a rigorous workout routine to get in shape for the role. The Express Tribune speaks to Nargis and Pervaiz to explore what they have in store for local film-viewers.

With the film now in the works, Nargis’ comeback in the industry has become a topic of discussion. Nargis, who had moved to Canada, felt that, with the film industry heading towards revival, it’s the right time to go back to Pakistan. “All those who are a part of Lollywood should play their part by producing good films,” she says. “I stopped working and came to Canada due to domestic reasons, but I always thought about the crisis in Lollywood and now, I will continuously focus on my film career,” she adds.

Pervaiz shared Nargis is excited about the film, which she had been planning for the last three years. “Nargis’ look will be like that of a 16-year-old girl as she has been doing special exercises for the film. We will make this film for both multiplex and single-screen viewers and I’m hopeful that it will be a real step towards the revival of Pakistani cinema.”

Pervaiz, who has been associated with film direction for the last 45 years, shares that the film will stand out are its direction, storyline due to the appearance of Nargis. “The special thing about the film would be that Nargis will star as Dushman Rani and Punjabi film-viewers and fans of Nargis will see a different her in the movie,” he states.

He further says, “It will be the first Pakistani Punjabi film, which will be shot with red camera and modern technology for both pre- and post-production. It will be an action film and the film’s story will revolve around our society, but its pattern and subject will be interesting.” He contested the idea that there is no scope for Pakistani films and claimed that when Daku Rani is put forth in the market, cinema-owners would themselves approach his team to screen the film.

Nargis is still in Canada and will fly to Pakistan in the third week of April to begin shooting for the film. In the meanwhile, Pervaiz has been supervising all the arrangements for the film. On why she planned her comeback despite conjecture that she will now stay clear of filmdom, Nargis says, “I’m a professional film actor and can’t stay away from the industry, so I planned about my film for a long time and, surely, film-lovers will get a great film in the shape of Dushman Rani.”

On the issues the Pakistani film industry is faced with, Pervaiz feels there is a dire need for hard work, exploration of new subjects and new technology. “There are only 20 per cent people in the Pakistani society who want to watch films in the cinema and, among them, 10 per cent are those who want to watch Bollywood films. We make films for only 10 per cent of film-viewers, who also demand different and exclusive work. It’s essential that producers make films that satiate the viewers’ palate.”

Nargis has formerly credited her success to Pervaiz for hits, such as Suha Jora, Wehshi Rajpoot and Gundi Runn. Pervaiz has produced almost 70 Urdu and Punjabi films. The film will be shot in Evernew Studio and different parts of and beyond Lahore. The story has been written by screenwriter Kamal Pasha, music has been composed by Tafu, and Altaf Bajwa has penned the lyrics of the songs. Other than Nargis, the film will feature actors Shan, Babar Ali, Haider Rana, Shafqat Cheema in prominent roles. The film is slated to release on Eidul Fitr.