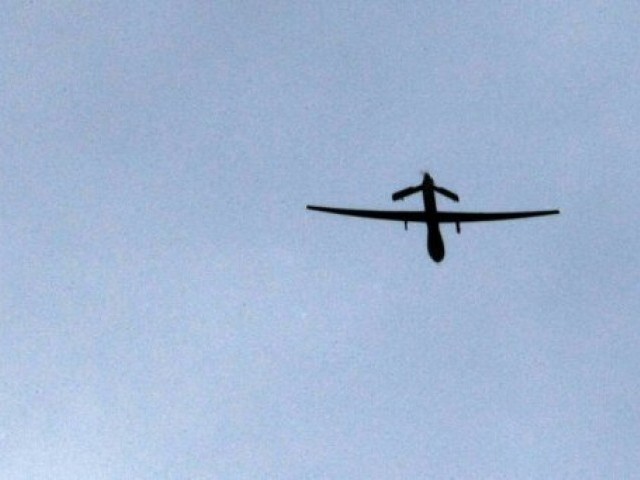 The Americans have gradually become vilified as allies that violated the sovereignty of the country they were supposed to help. PHOTO: AFP

KARACHI: According to reports, the first US drone hit the Federally Administered Tribal Areas (Fata) on June 18, 2004. Tribesmen of this area, predominantly a medieval lawless landscape, have identified these attacks with the humming of the red bees, as the drones sound from a distance. From the year 2004 up till 2010, most researchers would agree to an estimate of more than 200 drone strikes in Pakistan. It is almost certain that the casualties have reached thousands. But crunching numbers is not easy. There are no official records of the number of deaths caused by the US drone attacks in Pakistan’s north-western frontier.

US drones are the primary weapon of unmatched warfare weaponry, aimed at battling the Taliban and ultimately eradicating terrorism. The success rate of this war remains as dubious as the Iraq and Afghanistan wars.

According to data gathered primarily from local and international news sources, the number of attacks from 2008 to 2009 increased by approximately 50 per cent and from 2009 to 2010 they have more than doubled in number. Roughly speaking, from times when there were two to three strikes a year, this year, appallingly, more than 100 strikes have been recorded unofficially.

The sheer increase in the number of these contentious strikes is one issue. A more pressing one is: how authentic are these numbers? There is conspicuous disparity in comparing the various sources that have attempted to compile the data. One source recorded the total deaths at a rough estimate of 1,800. New America Foundation’s researchers Peter Bergen and Katherine Tiedemann have estimated the toll at 1,620. The Long War Journal’s researchers Bill Roggio and Alexander Mayer approximate the casualties at 1751. Researcher Dr Zeeshanul Hasan Usmani told The Express Tribune reporter Salman Siddiqui the death toll is over 2,100. In one of the editorials printed last month in The Nation, the number was cited at 2,000.

According to Time magazine, “The White House routinely dodges questions on the subject, and neither the Central Intelligence Agency (CIA) nor the State Department would talk about the programme on the record.” There are officially no figures that have been reported regarding the exact number of strikes, or the casualties of the ‘silent war of the CIA’ by either the US government or the Army.

Murad Khan, a former spokesperson for the Army from 2006 to 2008, spoke to Al Jazeera and said that the American intelligence has revealed the names of 150 militants killed in the drone attacks so far. According to him these official numbers released have not been confirmed independently. Regarding the success of the war Khan said, “You have just killed 150 militants. The figure speaks for itself.”

Manzoor Ali, The Express Tribune reporter in Peshawar, said, “It’s almost impossible to enter Waziristan unless you are a local. There’s no accessibility hence no reporting. It is virtually a no-go zone. There are no media personnel allowed there.’

Iftikhar Firdous, a correspondent of Express 24/7 in the NWFP revealed, “There’s only one thing certain: getting the exact numbers on the drones is completely impossible.” According to him, these areas are lawless territories with the Army and the militants engaged in an edgy battle. “It is a risk to your life if you even plan to enter these areas.”

As the US deploys some of the most sophisticated killing machinery ever created, against an enemy that has evaded all other weaponry, Pakistan fails to keep count of the number of men it loses over a war that seems to be conceding more casualties than raising prospects for future peace.