Says textil­e minist­ry can help take export­s to around $60b.
By Our Correspondent
Published: April 4, 2015
Tweet Email 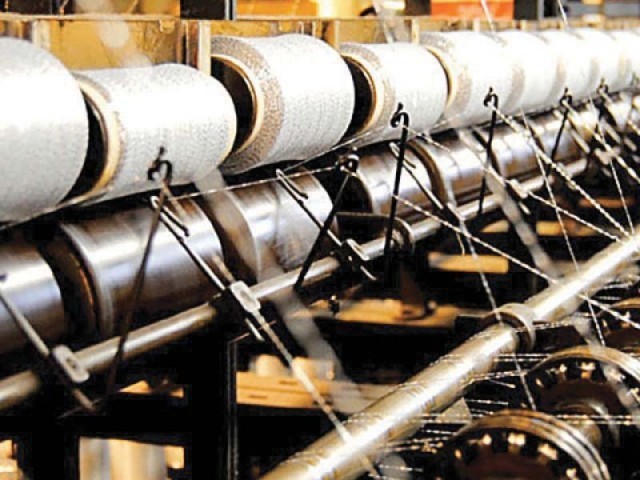 If the country starts converting 50% of its total cotton harvest of around 14 million bales into value-added products, it can fetch $42 billion in exports, claim industry players. PHOTO: FILE

The associations representing the value-added textile industry have opposed the idea of merging the Textile Division into the Commerce Division, arguing that the Ministry of Textile, if empowered, could help push exports to around $60 billion per annum.

In a letter on Friday, the industry representatives urged Prime Minister Nawaz Sharif to step in and direct Finance Minister Ishaq Dar to drop the proposal of merging the two divisions.

The letter referred to a meeting of the Cabinet Committee on Restructuring, which was held on March 27 and chaired by Ishaq Dar. The committee recommended that the Textile Division and the Commerce Division should be clubbed under the umbrella of Ministry of Commerce.

“This is not acceptable to the value-added textile sector,” the letter quoted the industry people as saying. “We strongly feel if the Ministry of Textile Industry is given full powers, it can alone, in consultation with the stakeholders, reduce trade deficit and textile exports can be enhanced to $60 billion.”

The textile sector has been taken aback by such a proposal and believes the government should not go for its implementation. The government needs to consult genuine stakeholders who actually oppose any such recommendation, they say.

The Ministry of Textile Industry was established on the demand of the textile sector, which is the backbone of the economy with a share of 54.63% in total exports. The government cannot neglect this sector, which provides 42% of total employment in the country.

Initially, after the establishment of the textile ministry, the industry flourished and exports got a boost. Later, in the absence of powers to take critical decisions, the ministry encountered difficulties in implementing vibrant textile policies, the letter said.

Pakistan is the world’s fourth largest producer of cotton – a key raw material in textile production – but it is known as the exporter of raw material, ie, raw cotton.

Even if the country starts converting 50% of its total cotton harvest of around 14 million bales into value-added products, it can fetch $42 billion in exports, claim industry players. In case of 100% consumption of raw material, the country is said to earn $84 billion.

India has a separate ministry for textiles despite the fact that its textile exports are 11.9% of total shipments. Similarly, another Pakistan’s competitor, Bangladesh, has also a separate textile ministry.

In case the government decides to merge the ministries of textile and commerce, the textile sector believes it will affect its performance. Separately, the commerce ministry is already engaged in work on the development of other export sectors and the proposed merger will increase its burden and could affect its performance.