The shaming of women by the media

The shaming of women by the media 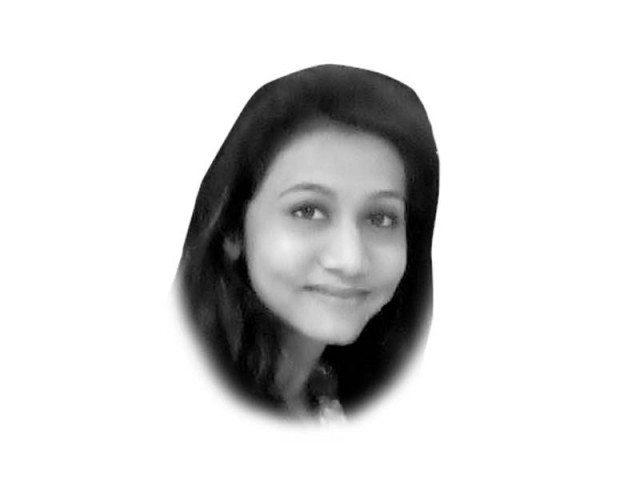 The writer is a sub-editor for the Opinions & Editorial pages of The Express Tribune faiza.rahman@tribune.com.pk

This isn’t about the Yemen mayhem, or tapped phone calls, or any of those committees or commissions on which frustrated, two-bit men sit and make ridiculous decisions. This is definitely not about how Anushka Sharma will now dump Kohli. Or how Ayyan was probably flashing body parts to procure laundered money. Or how Reham Khan has honey-trapped Imran into political inactivity. Or how Deepika’s cleavage should be on the home page of a national news site. This is about the constant slut-shaming, body-shaming, sexual scapegoating, covert abuse and trivialisation of female public figures in the media. You may now chuckle and attend to the ‘manlier’ matters of thwarting global poverty. It’s not like poverty is sexist or anything.

Here, this little corner of the newspaper will be dedicated to all those brave, beautiful and intelligent people who get shamed for being, well, women. Women with human needs and desires. Bullied into being publicly accountable for much more than their fair share. The bodies and private lives of our female movie stars, wives of politicians, fashion models and singers are always under such overheated scrutiny that one is forced to marvel at their composure in the wake of aggressive, free-for-all assaults. Anushka flew down to watch her boyfriend play cricket? Great, let’s laugh about what a distraction she proved to be for him. Let’s crack a joke about how she will now dump him for another cricketer. What a conniving, gold-digging, ‘dumb blonde’ she is. How incapable she is of developing deep, emotional bonds with men who face professional downs. And no, none of this is ‘just a joke’. It is a scathing slur on a woman’s wholeness. It is the stigmatisation of her sexual freedom. It is thousands of years of fearing, smearing and penalising femininity.

And then we have Meera, the ever-favourite punching bag, writing casually to a male Bollywood star on Twitter. Great opportunity to make wisecrack comments with a subtext of ‘she is so sexually starved’. It is a strange world we live in. In the cultural registers of male entitlement, overtly sexual women are both sought and looked down upon. Meera’s fashion shoots, her wardrobe malfunctions, pictures of her in compromising positions with men, are all voraciously consumed through the TV and internet; yet, she is mocked and humiliated. Working underneath is that very demeanour which encourages taking from her, while shaming her for having given to you. Those who have watched the BBC documentary on the 2012 Delhi rape, India’s Daughter, will recognise it well.

And what to say of public figures who are not overtly sexual? We so crave the shaming of women that we sexualise even the most guarded of them beyond reason, humanity or common sense. She is ready to be heckled for the slightest flouting of social proprieties. Proprieties which were structured and nurtured for the pandering of misogynistic egos, in some godforsaken past, in the complete absence of feminine voices from the intellectual space. Proprieties which forgive men easily, but insist that women owe the entire society their constant scruple, their virginity, their ‘purity’. The minute she makes a personal choice which falls outside these precincts, she is punished, dragged through the gutter and back, made an example of. Sometimes it’s honour killing. At other times it’s slut-shaming. For instance, instead of debating the political pros and cons of Imran and Reham’s marriage, Pakistan embarked on a sick spree to make the marriage all about ‘Reham’s second marriage’. Tongues wagged over how she had a former husband, how she was a ‘weather girl’, how she was a bad mother for leaving her children behind, how she once fried sausages in Western clothes. Cleverly selected images of Reham in skirts and sleeveless shirts were splashed around to make a point, while the rumour mill churned out one horror after another about her ‘loose’ character. Tweet after tweet, comment after comment, ticker after ticker was packed with curiosity, mockery, fear and hatred for a woman who had asserted herself in a way that challenged ‘standards’. Reham, the talented journalist who rose among the ranks at BBC, who moderated live shows in the nerviest hours of television, who reported from war zones, was now a trifle of a pretty face, a mere ‘distraction’ who was stalling Imran’s political progress. She was a fussy irritant who made ‘Imran end the civil disobedience and pay his gas bills so that there was hot water in the shower’.

The biggest problem here is that none of this is a problem. Today, there is very little confrontational confidence in voices which protest the mass shaming of women. Masculine micro-aggressions (‘calm down’, ‘men will be men’, ‘not all men’, ‘it’s just a joke’) rain down hard and strong in public spaces, thoroughly overpowering all kinds of anti-sexist dissent. They trivialise the problem, embarrass the dissenter and withdraw all argumentative turf. The onus of shaming needs to be reverted to those who resort to these behaviours. At the same time, our cultural lexicon needs a gender-sensitive re-haul and some fresh, time-adjusted behaviours need to be conventionalised. The long and painful history of institutional sexism means that women, especially from the middle and lower economic strata, were never able to include themselves in the economic bustle to an equal measure. The balance tipped, and the consequences remain. Feminine nuances are now missing across a range of territories, be it from parliament, the cyberspace, universities, courtrooms or newsrooms. Womanly conditions such pregnancy, menstruation, breastfeeding have still not been ‘disenchanted’ into normal, everyday business. They are still singled out as deviant and awkward. The sexual shaming of women is largely because women continue to be sparse, unavailable mysteries — people who are ‘not men’ and are hence ‘less than’. An increased influx of women and the resultant increase in the comfort level with female presence might go a long way in undoing hostile gender norms. Once the moral tightrope becomes kinder, fewer women will slip from it. Above all else, there is a need to revise the definitions of masculinity.

The case for planning reforms in Pakistan