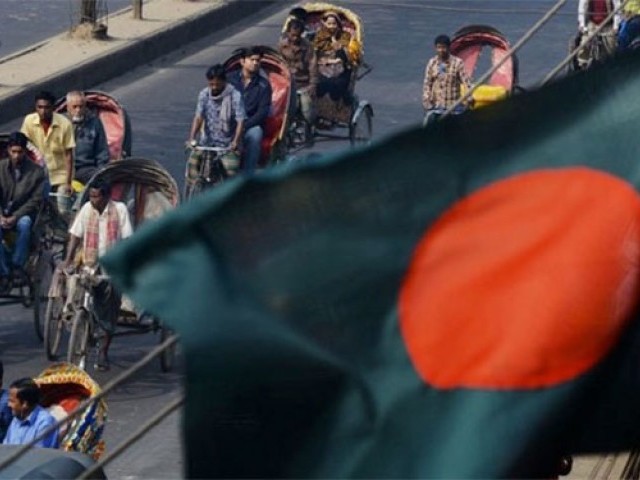 ISLAMABAD: The Ministry of Foreign Affairs has said that the remaining ‘stranded Pakistanis’ in Bangladesh, a majority of whom are Biharis, are not the responsibility of Pakistan as the country has already repatriated a large number of non-Bengalis.

The Supreme Court of Pakistan resumed on Monday the hearing of a petition, filed by the Stranded Pakistanis General Repatriation Committee, regarding the repatriation of Pakistanis currently stranded in Bangladesh. Deputy Attorney General Sohail Mahmood submitted a report on behalf of the foreign office, stating that currently, there are around 400,000 to 500,000 stranded Pakistanis residing in Bangladesh and these remaining people are the responsibility of Bangladesh government.

The reply further states that Pakistan and India in occurrence with Bangladesh, signed an agreement on “repatriation of prisoners of war and civilian internees” on August 28, 1973 in New Dehli, adding that subsequently, on April 9 1974, Pakistan, India and Bangladesh signed a tripartite agreement.

Further, more than 170,000 Biharis have already been repatriated to Pakistan and the repatriation was facilitated by the cabinet division prior to the decisions of the Bangladesh Supreme Court on the status of non-Bengalis, the foreign office said.

The foreign office also submitted copies of the May 2003 and May 2008 verdicts of the Supreme Court of Bangladesh, wherein the top Bangladeshi court declared that Biharis are the citizens of Bangladesh and accordingly are eligible and entitled to be enrolled as voters in electoral rolls in the country.

The report also claimed that a large numbers of Biharis even exercised their right of vote during the general elections of Bangladesh in December 2008 and January 2014, adding that many of these people have also acquired Bangladeshi passports.

While terming the plight of non-Bengalis in Bangladesh a ‘humanitarian’ issue, the foreign office said, “Pakistan considers the plight of the non-Begalis a “humanitarian” issue and Pakistan has been providing assistance to Biharis.”

The report further contended that as per schedule –II rule 3(3), item no 2 (25), the repatriation of civilians and civil internees from India and Bangladesh and those stranded in Nepal and other foreign countries, in all other concerned matters etc fall within the domain of the cabinet division.

Earlier, the interior ministry’s reply stated that the foreign ministry would be in a better position to respond regarding the repatriation of 300,000 Pakistanis stranded in some 70 camps in Bangladesh.

The reply stated that under clause (i) of sub section (1) of section 16-A of the Pakistan citizenship Act 1951, all those persons in those territories, which before December 16, 1971 constituted the province of East Pakistan, residing since that day, voluntarily or otherwise, shall cease to be citizens of Pakistan.

It also states, however, that those who have not been repatriated before March 18, 1978, and whose repatriation has been agreed by the federal government, shall continue to be citizens of Pakistan as provided under provision to clause (iv) of sub section 1 of section 16-A of the Citizenship Act 1951.