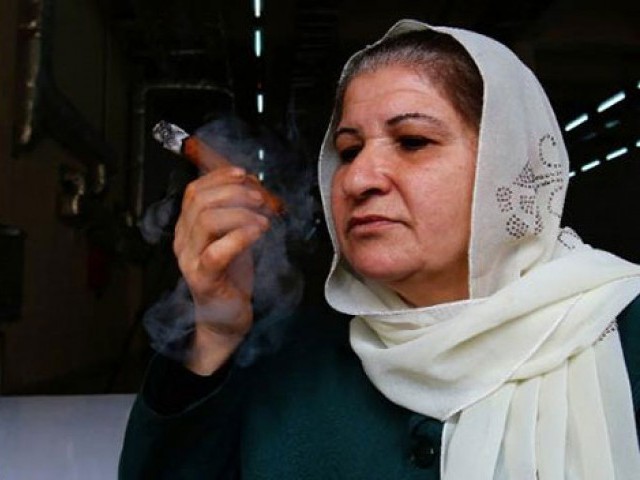 The initiative wil create some 1,000 new jobs in the country. PHOTO: YAHOO

In Syria’s northeastern province of Latakia, workers roll the country’s first locally made cigars, a new product being launched despite the devastating civil conflict now in its fifth year.

The workers are employed by Syria’s state-run General Tobacco Company, which has decided to branch out into cigars in a bid to create desperately needed jobs and boost revenue.

At the end of February, the company’s director general said the initiative would create some 1,000 new jobs in the country, which has seen its economy ravaged by the conflict.

“The company will start selling the products on the local market very soon and then begin trying to export to friendly countries,” said Salman al-Abbas, the company’s deputy director-general.

Syria’s conflict, which began with anti-government protests in March 2011 before spiralling into a brutal civil war, has taken a massive toll on the economy and killed more than 215,000 people.

Before the war, the General Tobacco Company was among the country’s most prosperous state-run enterprises, generating millions of dollars.

But, like many state companies, it has been under European Union sanctions since 2012, its assets frozen after accusations that it helped finance the government’s bloody crackdown against unrest.

The company had decided to press ahead anyway with production of the first locally made cigars.

“We decided to develop a new product without foreign expertise with the hope of supporting the economy,” said Shadi Mualla, the plant manager, criticising what he termed “the economic war waged against Syria” by the West.

The project has been three years in the making, with workers learning to hand-roll cigars “in accordance with international standards” at the factory in coastal Latakia.

The province is a stronghold of the government of President Bashar al-Assad, whose father was born in the region, and is a heartland for the Alawite minority sect to which the president belongs.

It has been largely insulated from the conflict and is where the tobacco for the cigars is grown.

Among those working at the factory is Um Ali, a woman in her fifties who wears a white headscarf.

She began in 2011, in the early days of the conflict, and said it had taken three years to master the subtle art of rolling cigars.

“At first, I didn’t even know what a cigar was,” she told AFP.

“One day, Hussam, an engineer here, said to us ‘Ladies, you’re used to making (local delicacy) stuffed vine leaves, so try to roll cigars the same way’,” she added.

But Um Ali said she went online to get additional tips, watching videos about cigar production in Cuba to pick up the best way to produce the luxury item.

Boasting that the cigars would be “100 per cent Syrian”, Um Ali said “2015 is the best year of my life because it’s the year that we announced the start of production”.

They are still in the testing phase, with part of production distributed to individuals who carry out taste tests and verify the quality.

Um Ali and her colleagues work in a large hall under photos of Assad and his father Hafez, sorting brown tobacco leaves to be rolled.

She can produce around 15 cigars on a good day, up from the five to 10 she was able to roll when she started.

“They have the flavour of Syrian tobacco, and they are made by Syrian workers,” she said, taking a puff on one.

Hussam Mahmud, an engineer at the factory, said the new cigar line is intended “to defy the embargo by creating a new and profitable product”.

The company has yet to set a price for its cigars, which Abbas eventually hopes to export, as well as sell to wealthy local aficionados.
He plans to target countries that retain ties with Syria, including Iran, Russia and China, as well as some African nations.

Mahmud said the factory’s cigars will be able to compete with the world’s most prestigious brands, including from Cuba.
“Syrian cigars have a pleasant mildness – they’re smooth,” he said.