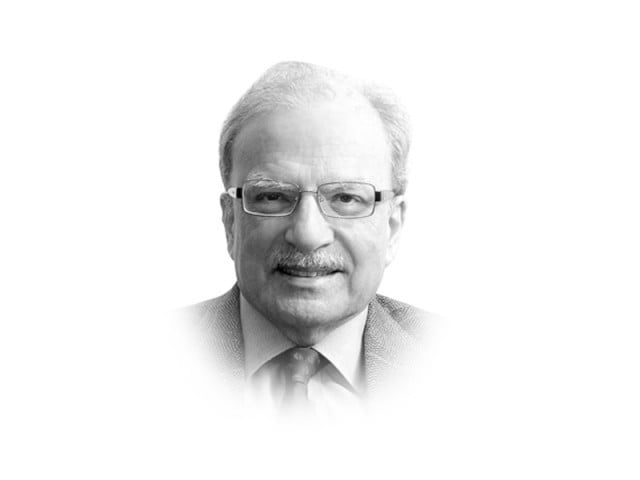 The last time the economic baton was passed from one country, the Second World War was concluding. It was done in an orderly manner. In 1944, Great Britain, being one of the victors of the Second World War, was economically exhausted. The United States, having aided London in the war effort, had emerged as the leading world economy. Instead of letting the global economy evolve on its own, the victors decided to create a set of institutions to manage the evolution of the global economy. A conference was convened at a small town in the American state of New Hampshire.

The Bretton Woods Conference was held in 1944 with 45 countries and 730 representatives participating. It designed a new global and financial order. The Bretton Woods was a conference of the victors as the European part of the Second World War was reaching conclusion.

The global economy has now entered another phase of transition that to be managed in an orderly way requires both imagination and political will. This time around, the transition of the global economy is from a system dominated by one player, the United States, to a system which has two dominant economic powers with China having overtaken America as the world’s largest economy.

According to Mathew Bishop, a reviewer of the recent book on the Bretton Woods, The Summit, by Ed Conway, an opportunity for making the transition is being missed. “For many people, Bretton Woods stands for the rarest of moments: when governments and experts come together to restore order to a chaotic global economy,” wrote Bishop for The New York Times. “After the financial meltdown of 2008, the president of the World Bank and the financier George Soros joined Bill Clinton and Tony Blair’s earlier call for a ‘new Bretton Woods’. It didn’t happen. The world and America may yet come to regret it.”

For difficult-to-understand reasons, Washington has tried hard to stop China from setting up a new international development bank for which it will provide most of the initial capital. To date Beijing has pledged $50 billion to start up the Asian Infrastructure Investment Bank (AIIB) to finance the enormous needs of the fast developing continent to create the physical infrastructure it requires. It is fully recognised that the United States-dominated system of international finance created 70 years ago does not fully meet China’s needs. Beijing now sits on a mountain of cash reserves — about $4 trillion — which it would like to use for purposes other than buying United States treasuries.

It is interesting to note the nature of the politics behind Washington’s willingness to block the Chinese moves to carve out space for themselves in the international economic system after it has become clear that there are powerful elements in the United States which don’t want to share economic leadership with China. In November 2009 when President Barack Obama made his first visit to Asia, he started with a powerful speech at Tokyo’s Suntory Hall. There, he declared that Washington and Beijing should work together to guide international finance. It was a kind of G2 arrangement that would provide guidance for the global economy, the details of which would be worked out by the larger and more representative group of nations, the G20. But the American political right fought hard against any attempt to create a system in which their country did not have the dominant voice. Opposed on several other fronts by the same group — in particular its effort to kill the president’s attempt to create a national health system that would provide relief to the poorer segments of American society — Obama pulled back. On his next Asian visit, he made India his first stop and attempted to recruit New Delhi as its partner to block China. Dr Manmohan Singh, then the Indian prime minister, was reluctant to have his country cast in that role. However, his successor, Narendra Modi, a more assertive and ambitious politician, seems eager to be seen on the world stage with the American president.

That the large European nations led by Britain have decided to join Beijing in becoming the founding members of the AIIB means that the new institution will begin its life with wide international backing. Had Washington adopted a different approach, this effort by China could have become another ‘Bretton Woods moment’.