Ali Zafar wins 'The Most Stylish Import' award in India

Ali Zafar wins 'The Most Stylish Import' award in India 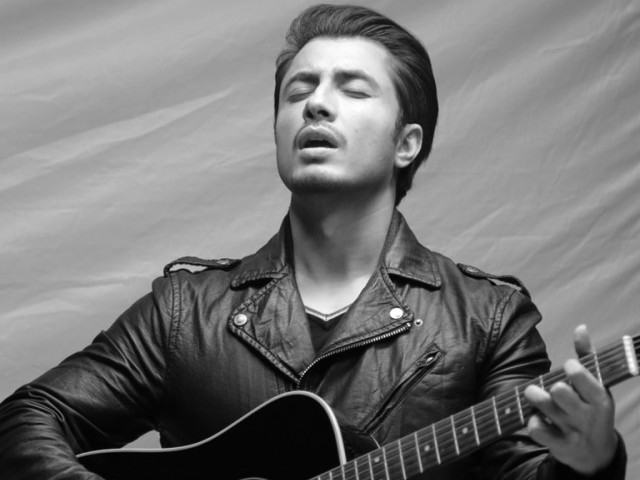 Besides making waves across the border with his exceptional acting chops, Ali has also won the hearts of the Indian public with his versatile fashion sense. The actor won ‘The Most Stylish Import’ award at the recently held Hindustan Times Style Awards.

Ali’s chic, sophisticated and ultra-modern fashion sense has been witnessed at numerous occasions, be it promotional events, award ceremonies or media appearances.

Awarded the Most stylist import at the HT style awards. Thank you for the honour @htTweets pic.twitter.com/cwwdTAJozj

According to Hindustan Times, “This Pakistani singer and Bollywood actor’s good looks paired with his smart and quirky sense of style make him a favourite among the ladies. Ali Zafar enjoys reinventing his style quotient whenever he can, and his red carpet appearances prove that. Over the years, the confidence with which he has pulled off a moustached look, a French beard, and a variety of different hairstyles proves that he is indeed the Most Stylish Import the country has seen.”

With so many foreign artists trying their luck in Bollywood, Ali has had the distinction of being the most successful yet and continues to gather accolades. He has garnered rave reviews for his performances by several Bollywood bigwigs. Other stars who got lucky on Hindustan Times Style Awards are:

Irrfan Khan – Most Stylish Global Icon of the Year (Male)

Aishwarya Rai – Most Stylish Global Icon of the Year (Female)

Abhishek Bachchan & Aishwarya – Most stylish couple of the Year

Sonam Kapoor – Most Stylish Bollywood Actress of the Year