Welcoming spring: Hundreds of Pakistanis and Afghans celebrate Navroze together

Welcoming spring: Hundreds of Pakistanis and Afghans celebrate Navroze together 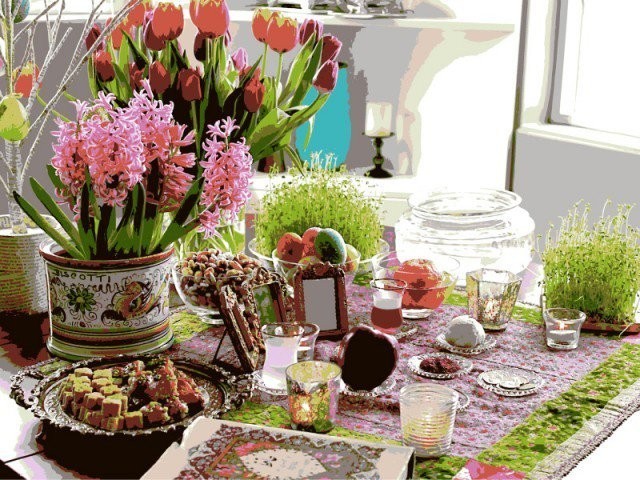 SWABI: Hundreds attended Navroze celebrations at the historic Hund Park in Swabi and participated in various musical and social events organised by the Pak-Afghan People’s Forum.

Khyber-Pakhtunkhwa Adviser to Chief Minister on Sports, Culture, Youth Affairs and Tourism Amjid Afridi was the chief guest. In addition to the festivities on Sunday, a Navroze conference was also held.

They shed light on Jashn-e- Navroze, saying it was not just a religious occasion, but also a social and cultural event to welcome the spring season. For the last three thousand years, Afghans and Pukhtuns have been celebrating Jashn-e- Navroze.

On the occasion, comprehensive dialogues were held on Pukhtun culture, civilisation, language, literature and history. Singer Arshad Yusufzai and renowned artist Kamal Khan were given awards during the event. A Pashto mushaira was also held and famous poets Aziz Manerwal, Akbar Siyal, Iqbal Hussian Afqar and others presented their works which were highly appreciated by the audience.