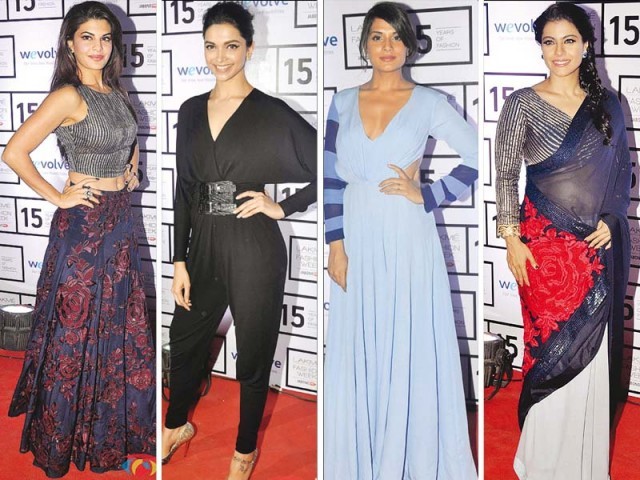 The year 2015 is special for Manish Malhotra as it marks 25 years since he began his journey as a stylist and 10 years of his eponymous label. The designer, who has played a key role in promoting Indian fashion globally, says fashion weeks have come a long way since the time he ventured into fashion and that business acumen and creativity now go hand-in-hand.

“Today, fashion is not a trivial pursuit. It is as much about business acumen as it is about creativity,” said Malhotra, who showed at the Lakme Fashion Week (LFW) Summer-Resort 2015 Thursday. With the LFW celebrating its 15th year, Malhotra is glad that the Indian fashion industry is now being looked at as an organised unit.

“With the advent of LFW 15 years ago, I feel we have taken giant strides in moulding Indian fashion into a more organised unit with an international outlook,” said the designer, who ventured into mainstream designing in 1998. He received appreciation for creating glamorous ensembles with traditional Indian colours, craftsmanship, textures and embroidery at his first fashion show in November 1999.

During his over-20-years in the industry, he has received nearly 35 awards. Malhotra is now not only a regular at India’s main fashion weeks but has also served as stylist for over a 100 Bollywood films, emerging as a known name on runways in Paris, Milan and New York.

The fashion heavyweight has dressed a bevy of B-town beauties, such as Kajol, Karisma Kapoor, Kareena Kapoor Khan, Rani Mukerji, Aishwarya Rai Bachchan, Preity Zinta, Deepika Padukone, Sonam Kapoor and Alia Bhatt. Recalling his journey as a costume designer for Bollywood films, he said, “To me, costumes are an important sub-set of visual storytelling.”

“My costumes for films have been a translation of the personality of the protagonist, be it for Urmila in Rangeela, Karisma in Raja Hindustani or Deepika in Yeh Jawani Hai Deewani. Each of these characters had an unapologetic sense of individuality expressed in their costumes,” he state. “As for working with young talent, I’m always up for it.” Malhotra feels that there is great demand for contemporary Indian fashion in the West and so, it’s important to promote the country’s strengths globally, with the right balance. “It needs the perfect balance of relevance, creativity and business acumen to go international. This is valid for Indian labels going abroad and vice-versa,” he said. “However, I believe there is a demand for contemporary Indian fashion in the West. The fascination with our range of colours and the sensuality of our cuts and silhouettes makes it very exciting to design for the international style-enthusiast,” he added.

On what he plans on doing next, he said without divulging details, “We definitely have lots to do this year. As I said, it is a very special year for me and, with reference to what’s next… Let me surprise you as and when it happens.”