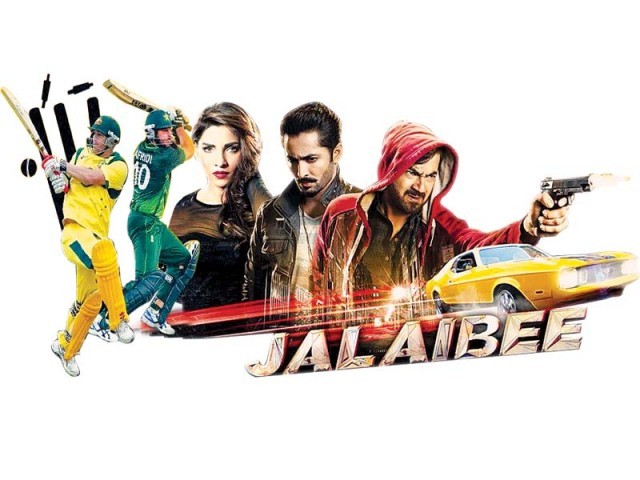 KARACHI: Pakistani cricket team’s early exit from the ICC World Cup may have been disappointing but the business of local film Jalaibee gives the country a reason to smile.

After releasing on 37 sights and 71 screens across the country, Yasir Jaswal’s Jalaibee earned a total of approximately Rs1 crore (Rs10 million) (exact figures yet to be compiled) on its opening day. The figures were confirmed by ARY Films, the movie’s distributor. This is also the biggest opening for any non-holiday/festival release in Pakistan so far.

Cinemas elsewhere didn’t get as massive a response, as is reflected in the figures. “The occupancy in Cinepax Cinemas during the opening shows was around 50 to 70 per cent. We will have a much clearer picture towards the end of the day and weekend,” Abid Ali Zaidi, assistant marketing manager at Cinepax Cinemas, told The Express Tribune.

As expected, given its content, the film received a lukewarm response in single-screen cinemas. “The response to Jalaibee, so far, has been average, not outstanding. This can partly be due to the match that was played yesterday, but the business may eventually pick up as the week progresses,” shared Sheikh Adeel Imtiaz, owner of Bambino Cinema.

Imtiaz added that the film’s opening hasn’t been as good as Na Maloom Afraad’s, owing to frequent use of English in the film, as was the case with Operation 021, which single-screen audiences didn’t receive well. Imtiaz explained that films, such as Jalaibee, benefit from word-of-mouth, and that hasn’t picked up pace yet.

There is a series of factors that will mark the fate of the film at the Pakistani box office. Jalaibee has possibly been the safest Pakistani release, facing limited competition from any Bollywood film. Anushka Sharma’s NH10, Shah Rukh Khan’s Devdas and Lily James’ Cinderella are the only possible competitors for Jalaibee. Where Devdas will only get a cult response, NH10 has already had its fairly unimpressive run at the local box office. Plus, a film like Cinderella is unlikely to have an impact on the business of a much-hyped Pakistani film.

In contrast, Na Maloom Afraad, a film that has a lot in common with Jalaibee, both in terms of content and their producers’ box-office expectations, proved to be successful in a tough situation. Although it released on Eidul Azha, the film managed to create its own following and revenue regardless of being sandwiched between the Shaan-starrer Operation 021 and Hrithik Roshan and Katrina Kaif’s Bang Bang.