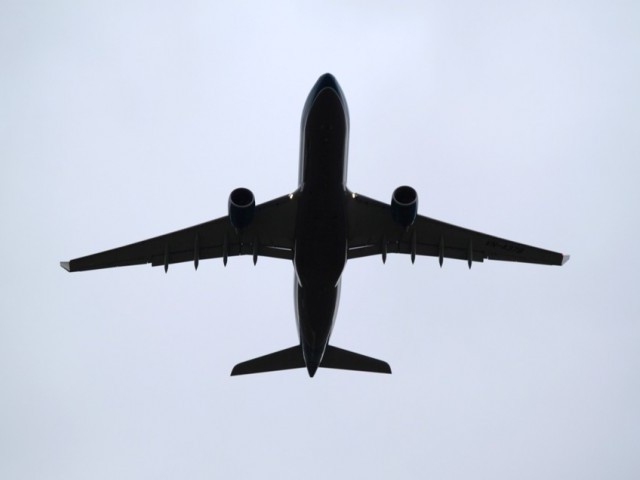 180 days is now the wet-lease period, increased from the old level of 90 days. STOCK IMAGE

The government on Friday launched what it called a “liberal, bilateral open skies national aviation policy”, announcing various incentives to investors – among them is zero taxation on investments in the sector.

Under the National Aviation Policy 2015, launched by Prime Minister Nawaz Sharif, paid-up capital for an airline operations has been enhanced from Rs100 million to Rs500 million with an aim to attract financially-sound investors in the aviation sector.

A minimum of three airworthy aircraft have been fixed for domestic and five planes for international operations for any airline company to operate.

Sharif termed it “a forward-looking policy”, which will attract foreign airlines and investment in the country’s aviation sector.

Under the new regime, the maximum aircraft age at the time of induction has been fixed at 12 years. Any aircraft reaching the age of 20 would have to be replaced. The government has also increased the period of aircraft on wet lease from 90 days to 180 days. However, it has put a bar on the number of wet-leased aircraft; stating that it should not exceed more than 50% of the fleet capacity of the airline.

Finance minister Ishaq Dar, who was present at the launching ceremony, said that it has been decided in principle that revenues will be taxed but, there would be no taxes on investments in the sector. The final decision will be taken in the next budget due in June this year, he added. Captain (Retired) Shujaat Azeem, Special Assistant to Prime Minister on Aviation, delineated the salient features of the policy, which included improving aviation safety and security oversight, level playing field for national airlines, open sky policy on principle of reciprocity and outsourcing terminal side of airports. It also included making safety Investigation Board independent, establishment of cargo villages, providing incentives on socio-political routes and building state of art infrastructure at all airports.

He said the government has tried to give top priority to safety and security of passengers, while making travel affordable and easier.

In order to ensure effectiveness and oversight of aviation safety and security, regulatory and service provider functions would be made independent of each other in both Pakistan Civil Aviation Authority and Airports Security Force.

Safety Investigation Board would be made independent and report to Minister of Aviation to ensure that findings and safety recommendations of an investigation remain unbiased.

According to the draft of the policy, airport infrastructure shall also be modernised to meet future needs of aircraft, passenger and cargo traffic. It includes refurbishment of airport buildings and rehabilitation of airside infrastructure.

Chief Operating Officers (COO) would be appointed at major airports. The operational control of all agencies working at airports like ANF, Customs, and Immigration will be placed under COO for efficient airport operations.

Scheduled routes to politically and socially deprived locations have also been mentioned in the new policy. The operators will be offered an incentive by waived-off fees and other allied charges while operating to and from these locations to make these routes feasible for private sector.

The policy also puts emphasis on up-gradation of air navigation infrastructure and effective utilisation of satellite based technology to improve safety standards and future capacity needs of air traffic.

The aviation industry in the South Asian region grew at 8.4% on average, while showing an almost negative performance in Pakistan.

In Pakistan, by 2013, domestic passenger traffic grew by only 1.8% per annum in four years.

International passenger traffic, on the other hand, witnessed a 5% average growth per annum on average during the period with an accumulated average growth of 3.6% per year. Similarly aviation sector’s contribution to GDP in Pakistan is merely 0.01%, while in India it is 1.5%.

Under the National Aviation Policy, which was vetted by Embry-Riddle Aeronautical University, USA before it was adopted, focus has been given to lowering aviation taxes. It is anticipated that the move would result in lowering of fares, increase in travel.

Currently, the airline and airport industry supports about 58.1 million jobs and $2.4 trillion in global gross domestic product, equivalent of 3.4% of global GDP.

Asia’s population and income growth are expected to continue through at least the first half of the 21st century. If the current growth rate continues, by 2050, Asia’s per capita income could rise by 600% matching Europe and other Western countries, and this growth will generate major changes in the travel market.

Aircraft manufacturers estimate the region’s airlines will need an additional 12,820 airplanes valued at $1.9 trillion over the next 20 years. This would represent 36% of the world’s new airplane deliveries.