Pakist­anis need to learn from India when it comes to how that countr­y’s citize­ns have stood up for the rights of women
By Editorial
Published: March 21, 2015
Tweet Email 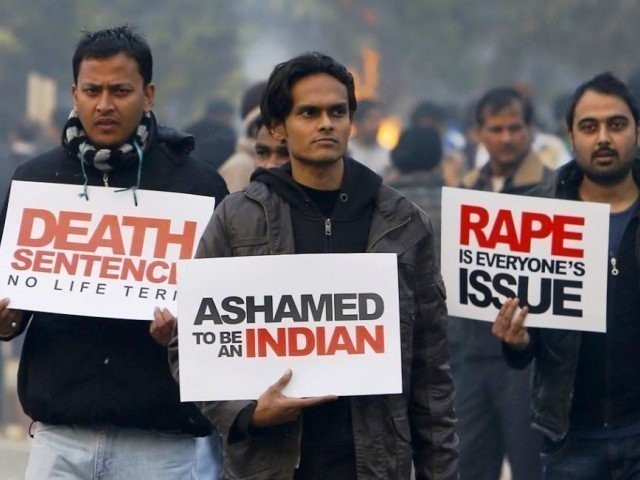 Pakistan should hope that the anger and debate in India around rape and sexual assault has some effect here too, so together we can hope for a safer world for women. PHOTO: AFP

The rape of a 75-year-old nun in India has once again sparked outrage against sexual violence in that country and thrown the spotlight on what some refer to as ‘India’s rape problem’. Since the Delhi bus gang-rape in 2012, Delhi has been viewed by many as the ‘rape capital’ of the world. But while the spotlight might be on India, it must never be forgotten that the problem is certainly not exclusive to that country. We, in Pakistan, should not for a moment think that the high prevalence of sexual violence is India’s issue only. It is very much our problem too. In fact, Pakistanis need to learn from India when it comes to how that country’s citizens have stood up for the rights of women, appearing for days and weeks to protest sexual onslaughts.

A major obstacle to curbing such crimes lies in the way society views them. As one of the men convicted in the Delhi rape case stated in the BBC documentary India’s daughter, “A girl is far more responsible for rape than a boy … A decent girl won’t roam around at nine o’clock at night,” among other misogynistic comments; a normal conversation about sexual abuse in our society often reflects these very sentiments. In any case of sexual violence, people are more interested in what the victim was wearing or what time of the day the crime was committed, and most suggestions for preventing abuse only end up reducing space for women. One wonders how those who think along these misogynistic lines would justify the rape of this 75-year-old nun, who was assaulted in her own home (convent school) and not while roaming the streets at night, or for that matter, the rape and sexual assault of children that one reads about so often in Pakistani newspapers. Pakistan should hope that the anger and debate in India around rape and sexual assault has some effect here too, so together we can hope for a safer world for women, one where there is no shame in talking about sex crimes, but shame and punishment for those committing them.