Not many things boil my blood more than the driver who parks his or her car bang in the line of others­
By Farooq A Khan
Published: March 20, 2015
Tweet Email 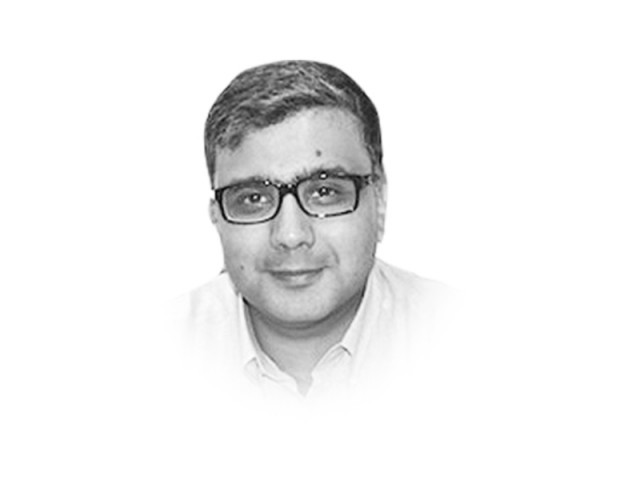 The writer is a banker based in Karachi. He follows the Pakistan cricket team and the Arsenal Football Club as atonement for his sins

In John le Carre’s novel Tinker Tailor Soldier Spy, the traitorous Bill Haydon, after being unmasked as the Soviet mole deep within British intelligence, states that he still believes the secret services are the only real expression of a nation’s character. One could argue that here in Pakistan, too many of our national traits and psyches are reflected in the workings of many a government department. But of late I have come to believe that the way most of us drive on roads also provides a cursory reflection of a few traits of our national character.

Take for example the penchant of many to drive right down the middle of the road; these road hogs consider the road their personal estate (baap ki sarak) and are oblivious to vehicles behind them unable to pass as he or she has straddled the painted lane divider with more tenacity than Robert Mugabe has held onto power in Zimbabwe. Complementing this type of inconsiderate person is the genius who has a moment of epiphany and promptly, and without any indication, stops in the middle of the road to change a flat tyre. Notwithstanding the fact the tyre was punctured minutes or even a half hour before the realisation, and taking an additional five seconds to pull over to the side and out of the way of traffic is hardly as arduous as cleaning the Augean stables, yet these drivers feel obliged to stop on the proverbial dime, much to the discomfort of others. To hell with the rest, is their thinking as they jack the vehicle up with traffic snarling around them. And not many things boil my blood more than the driver who parks his or her car bang in the line of others to roll down the window and yell to a street vendor or a lazing security guard for directions.

We now turn our focus to the type of driver who may not have the IQ to pass a kindergarten challenge but is duly licensed (if even that) to operate over two tonnes of vehicular mass on public roads. Whether he is the mini-van driver transporting schoolchildren or the goods carrier lugging cargo from city to city, this type of person is the archetypal Pakistani with an inborn disdain for laws and regulations. So what if barrelling down a one-way road with 10 children wedged in the back of the van is not exactly safe; it is more important to save on fuel and avoid the extra 50 metres before the U-turn. And what else can explain the drivers who keep the side view mirrors of their vehicles folded in but an abject absence of common sense or a state of confounded confusion, sadly a national trait seen all too frequently, whether it is in the form of incensed mobs destroying public and personal property or in the form of our voters who repeatedly elect leaders on criteria other than integrity and performance. These drivers clearly believe that accidents will be caused by others ramming into them and not by them weaving in and out of traffic without seeing what surrounds them.

It is said that breaking a mirror brings seven years of bad luck but one is tempted to chance that karma, for putting up a mirror to our driving habits makes us see a part of our national character that is less than flattering. Words that come to mind are impatience, apathy , recklessness and contempt for rules, to name a few. With such values it is unlikely we will go anywhere but will always be a nation going nowhere in a hurry!