Cabin crew were unable to fix the proble­m and had to turn around as the smell became unbear­able for passen­gers
By Web Desk
Published: March 17, 2015
Tweet Email 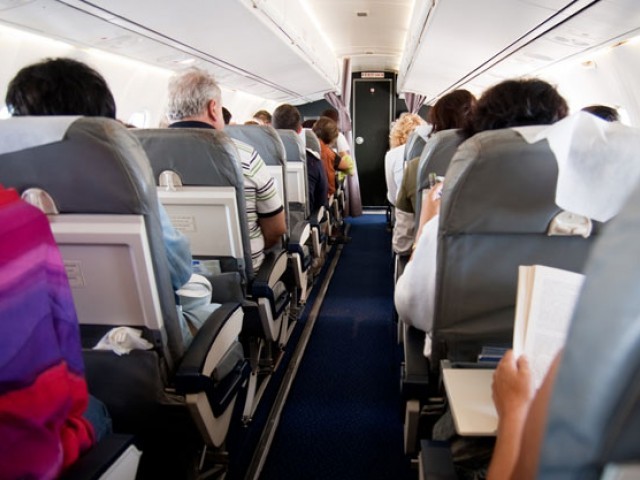 Cabin crew were unable to fix the problem and had to turn around as the smell became unbearable for passengers. STOCK IMAGE

A British Airplane plane en route to Dubai was forced to return to London’s Heathrow Airport because of a ‘smelly poo’ left in the toilet.

Cabin crew were unable to fix the problem and the smell became unbearable for passengers seated nearby, forcing the plane to turn around near Brussels and land at Heathrow Airport.

Abhishek Sachdev, a town councillor in Herftordshire, tweeted: “Insane! Our BA flight to Dubai returned back to Heathrow because of a smelly poo in the toilet! 15hrs until next flight…britishairways”.

Insane! Our BA flight to Dubai returned back to Heathrow because of a smelly poo in the toilet! 15hrs until next flight… #britishairways

The Tory councillor said that the flight had departed on time on Thursday night and everything seemed fine until the captain made an announcement about 30 minutes after take-off when the seven-hour flight was over Belgium.

He was travelling with his pregnant wife, Rupa, and their two-year-old daughter, Shravani. Sachdev told Mail Online that “the pilot made an announcement requesting senior cabin crew, and we knew something was a bit odd.

“About 10 minutes later he said you may have noticed there’s a quite pungent smell coming from one of the toilets.”

Sachdev, who was not seated near the toilet in question, said: “He [pilot] said it was liquid faecal excrement, those are the words he used.

“He said it’s not a technical fault with the plane, and he was very adamant about that.”

The captain said the plane’s crew had investigated the problem, but were unable to fix it, so the plane would need to return to London for health and safety reasons.

The BA-105 flight took off at 8.15pm on Thursday night and was due to land in Dubai seven hours later. Instead, passengers had to wait 15 hours before they could resume their journey, and caught another flight to Dubai at 1pm on Friday.

A British Airways spokesperson said: “We’re very sorry for the discomfort to our customers. We provided them with hotel accommodation and rescheduled the flight to depart the next day.”

The article originally appeared in The Telegraph.