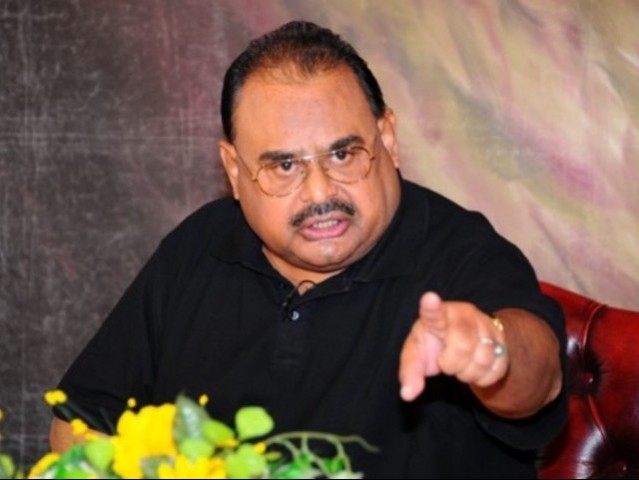 The head of the Muttahida Qaumi Movement (MQM) on Monday ruled out the possibility of a militant wing existing in his highly-disciplined political outfit, calling the allegation a part of the conspiracies hatched against the party.

“The MQM has no type of militant wings. The party has thousands of workers and if some people are taking the law in their own hands, then it is their personal conduct,” said Altaf Hussain, in a statement issued some five days after the Rangers carried out a raid on the party’s Nine-Zero headquarters

Terming the MQM as a liberal, democratic and progressive party, he said he had clearly instructed his workers not to forget the party’s policy for tolerance and peace.

The MQM chief said to his workers that the party would not engage in conflict with any law enforcement agency and would adopt the means of peaceful protests to record the injustices being committed against it.