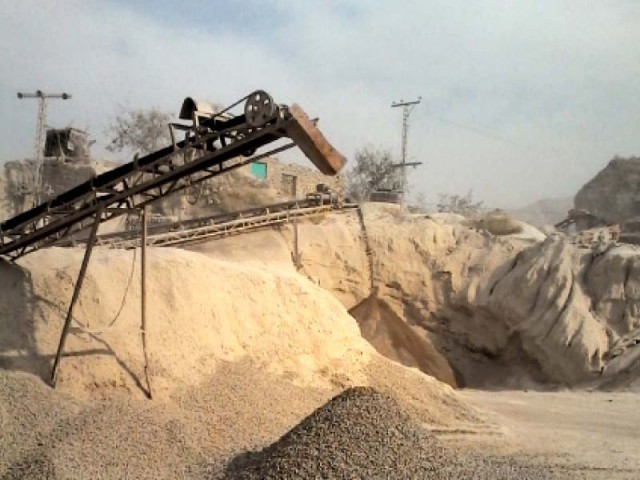 Stone crushing and other commercial activities have damaged flora and fauna on and around the hills. PHOTO: FILE

The court has also asked the civic agency to name the Islamabad Capital Territory (ICT) Administration officials who allowed commercial activities in the national park and submit a detailed report on March 18.

A three-member bench, headed by Justice Jawwad S Khawaja, on Monday took up the contempt plea against the violation of the court’s October 25, 2013 order. The bench observed that the Islamabad Wildlife Protection and Conservation Ordinance prohibits any commercial activity in the Margalla Hills National Park.

Petitioner Israr Ahmed had sought the initiation of contempt proceedings against CDA Chairman Maroof Afzal and others for violating the court order. However, a CDA advocate told the court that permission had been granted by the ICT, not the CDA.

Justice Jawad S Khawaja directed the CDA chairman to take action against people involved in such activities and submit the names of the ICT officials who allowed these illegal activities in the next hearing, scheduled for March 18.

In a suo moto case on October 25, 2013, a three-member SC bench headed by former chief justice Iftikhar Muhammad Chaudhry had restrained the CDA and the National Highway Authority from constructing a tunnel in the Margalla Hills to connect the capital to Khyber-Pakhtunkhwa.

The court had also asked the CDA to immediately stop quarrying and not to grant any new licenses for stone crushing in the Margallas.

The petitioner, however, maintained that civic agency high-ups had violated the court orders and allowed a private cement factory to excavate and crush limestone. The petitioner claimed that almost 4,000 tons of limestone was being excavated every day, which was also resulting in deforestation.

The petitioner had prayed the SC to initiate contempt of court proceedings against the respondents, including CDA chairman, ICT Chief Commissioner Zulfiqar Haider Khan, the CDA environment director, the cement company’s managing director and its proprietor, and the inspector general of the Islamabad Police.