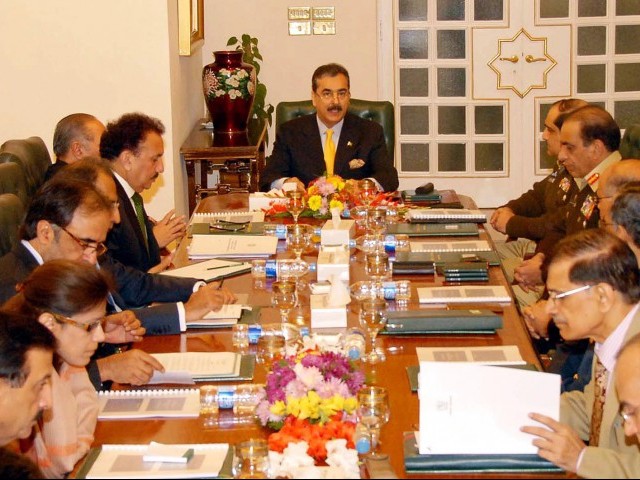 ISLAMABAD: The cabinet’s defense committee on Friday rejected the WikiLeaks disclosures as false and termed them a conspiracy against Pakistan. The defense committee meeting was held at the Prime Minister’s house in Islamabad.

The spokesman for PM House said the meeting was convened to review the security situation in the wake of current developments. The meeting was chaired by Prime Minister Yousaf Raza Gilani, It was attended by the defense minister, Interior Minister Rehman Malik, the finance minister, Chief of Army Staff General Ashfaq Parvez Kayani and the chairman of the Joint Chiefs of Staff Committee and other civil and military leaders.

The defense committee rejected the WikiLeaks disclosures regarding Pakistan and termed them false and unauthentic, said sources. The military also urged the government to take up the issue with the US government, expressing concern over the leaks.

The committee was also briefed on the on-going operations against militants saying the capacity of law enforcement agencies needs to improve.

Gilani lauded the relief operations carried out by the armed forces in the flood affected areas.

The committee also reviewed the security challenges faced by the country, including the threat to internal security posed by terrorism.