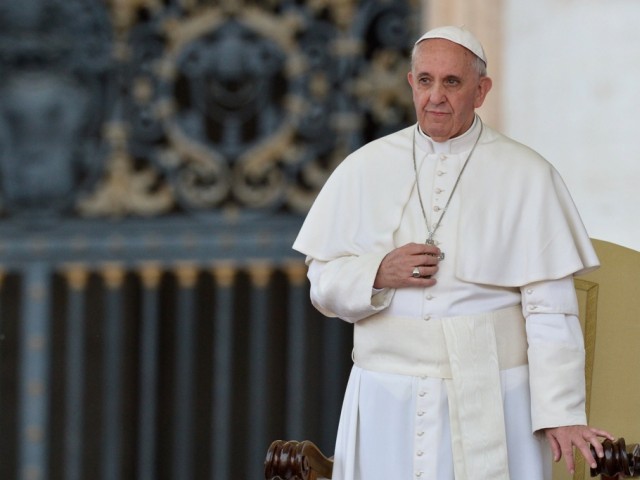 Pope Francis said he felt great pain over bomb attacks outside two churches in Pakistan on Sunday, departing from scripted remarks in his customary address to decry “persecution” of Christians.

“These are Christian churches. Christians are persecuted, our brothers spill their blood simply because they are Christians,” the pontiff said after his Angelus address.

The attacks in Lahore, claimed by a Pakistani Taliban splinter group, killed 14 people and wounded nearly 80 during Sunday services. Francis told crowds at St. Peter’s Square in the Vatican that he prayed for peace in the country and that “this persecution of Christians, and that the world tries to hide it, finishes.”