The projec­t is expect­ed to cost Rs36 billio­n and will be comple­ted in 30 months­
By Web Desk
Published: March 11, 2015
Tweet Email 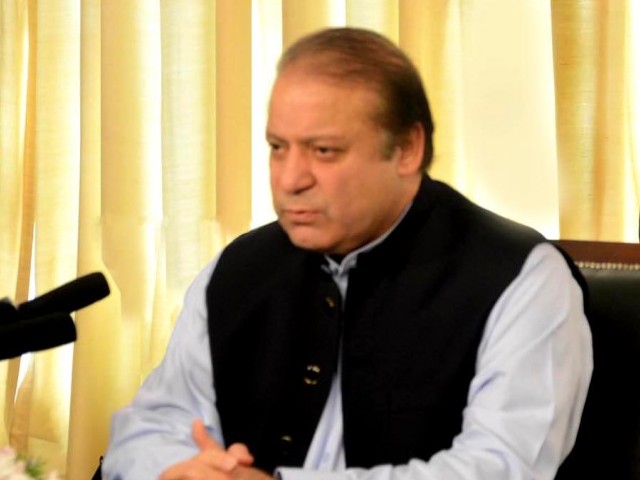 As law and order situation in Karachi worsened owing to a Rangers operation at the Muttahida Qaumi Movement headquarters, Prime Minister Nawaz Sharif arrived in the city not to address the security situation but to attend the ground-breaking ceremony for the Karachi-Lahore Motorway project.

“The next route will be from Hyderabad to Sukkur and then to Multan,” the premier said, while addressing the ground-breaking ceremony.

He added, “Good infrastructure in the country is my wish and the motorway project is very close to my heart.”

“We are disbursing money for the project from PSDP and not borrowing,” he added.

Sindh Governor Dr Ishratul Ebad and Sindh Chief Minister Qaim Ali Shah received the premier at the airport and accompanied him during the ceremony. In the first phase, the motorway will be constructed from Karachi to Hyderabad and will stretch to Lahore as part of the M-9 project.

The motorway is expected to cost Rs36 billion and will be completed in 30 months.

Officials had earlier said the premier will go directly to Super Highway near DHA city to perform the ground-breaking of 136-kilometre-long, four-lane highway, which will be in addition to its existing two lanes.