SC will take up case relate­d to non-implem­entati­on of its June 2014 ruling­
By Hasnaat Malik
Published: March 11, 2015
Tweet Email 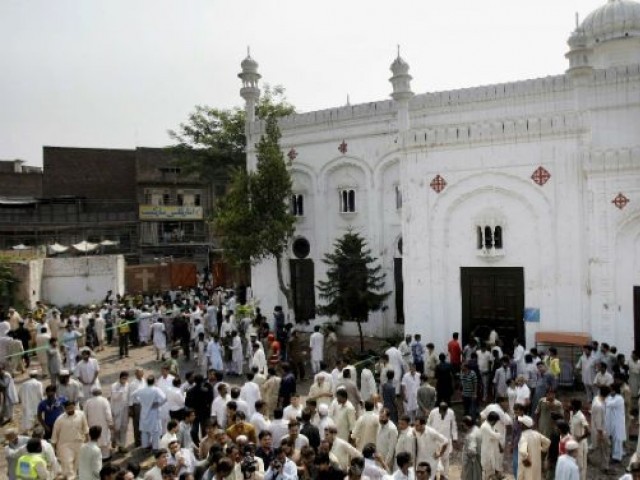 ISLAMABAD: The federal and Khyber-Pakhtunkhwa governments have failed to establish an endowment fund for the victims of the 2013 deadly bombings at a Peshawar church – an issue that had triggered a blame game between the two governments.

Over 81 worshippers were killed and many more injured when a suicide bomber struck a Sunday mass at All Saints Church in Peshawar.

As the Supreme Court resumes hearing of the case related to non-implementation of its June 19, 2014 judgment on Wednesday (today), the federal finance ministry on Tuesday submitted a reply in the top court through Deputy Attorney General Sohail Mahmood, wherein it has thrown the burden on the K-P government.

It says that the provincial government did not establish an endowment fund till date – a move the federal government is awaiting to proceed on the matter.

On the other hand, a senior law officer of the K-P government told The Express Tribune that the provincial government would establish the endowment fund when the federal government transferred money for this purpose.

On June 4, last year, a Supreme Court bench, headed by then chief justice Tassaduq Hussain Jillani, had asked the K-P government to create an account for an endowment fund for the church blast victims. It had also asked the federal government to honour the prime minister’s commitment and transfer Rs100 million into the fund as soon as it was set up.

The bench had issued the order on a petition of Saleem Michael, who had requested the top court to take notice of the Peshawar church bombing. He had told the bench that the government had not given any money in spite of the prime minister’s announcement.