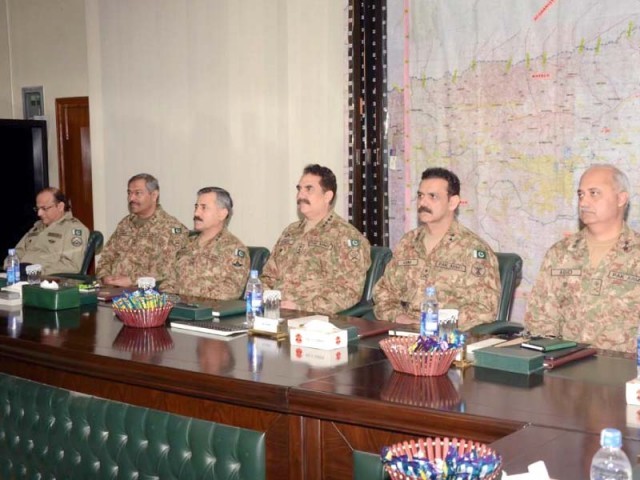 While reiterating the army’s resolve to eliminate terrorism from Pakistan, Chief of the Army Staff General Raheel Sharif said on Saturday that the tribal people had made the job of the security forces easier by abandoning their homes.

“The purpose of the military action is to ensure safety and protection of these tribesmen. [They] have made the task of the troops easier by abandoning [their] homes, therefore, they deserve an honourable repatriation to their homes,” the army chief said during a visit to the Corps Headquarters Peshawar on Saturday.

Tens of thousands of tribesmen evacuated their villages and towns when the military launched operation Zarb-e-Azab in North Waziristan and a follow-up offensive in the troubled Tirah Valley and Bara areas of Khyber Agency. These tribesmen, officially designated as Temporarily Displaced Persons, or TDPs, have been housed in shelter camps set up in Khyber-Pakhtunkhwa.

A schedule for the repatriation of the TDPs would be announced shortly and their phased return would most probably start in mid-March, Gen Raheel said. In this connection, he called upon officials of all agencies and government organisations looking after the TDPs to fulfill their responsibilities. He also called for better coordination amongst them.

According to ISPR, the army chief was attended a high-level meeting at the corps headquarters where he was briefed about security situation in the tribal regions and Khyber-Pakhtunkhwa. He was also briefed on the progress achieved thus far in military operations Zarb-e-Azb and Khyber-I.

The army chief was informed that the military operations in both the agencies were going very well which ultimately resulted in a visible decline in terrorist acts in the rest of the country, especially in cities and towns of K-P. Gen Raheel expressed the hope that successful military actions against terrorists would ultimately play a key role in better border management.

The army chief made it clear that the operations would continue until the elimination of terrorists from the country. He also appreciated intelligence-based operations.

He also lauded the army troops engaged in the military operations and paid glowing tributes to the officers and Jawans who have rendered sacrifices.

The martyrs have rendered sacrifices for a better future of the country and its people, he added.

Not in the short term: Govt quietly dilutes its counter-terrorism plan