In South Asian cultur­es, mainly Indian and Pakist­an, women are often scapeg­oated for bringi­ng a girl into the world
By Shahid Khan
Published: March 8, 2015
Tweet Email 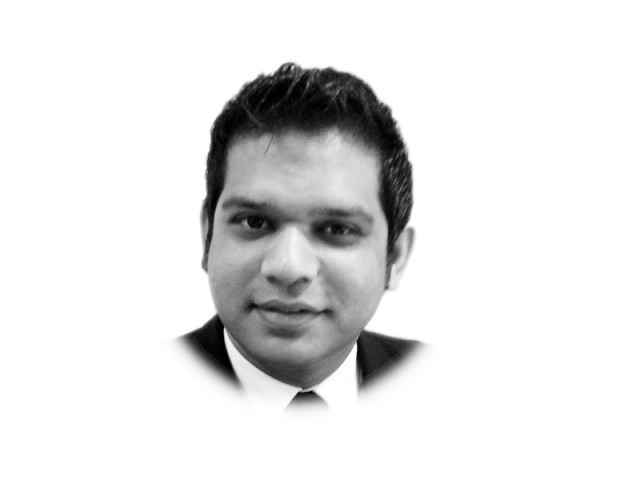 The writer is the vice-chairperson of a Glasgow-based human rights organisation, Global Minorities Alliance. He tweets @Shahidshabaz

“A girl is far more responsible for rape than a boy. When being raped, she shouldn’t fight back. She should just be silent and allow the rape,” said Mukesh Singh, an Indian rapist on death row for being convicted of taking part in a gang rape in Delhi in 2012, which sadly sums up the bitter realities many women are confronted with around the world.

Twenty years after the Beijing Declaration and Platform for Action, a milestone articulating women rights and signed by 189 governments around the world in 1995, stressed equal rights and empowerment for women, women continue to be intimidated, harassed, discriminated and even killed for their femininity. March 8 marks the annual International Women’s Day, a day which finds its origins in the fight for equal suffrage for women in the US and Europe in the early 1900s.

Last week, I saw the picture of 38-year-old Sara Bahayi driving a taxi in Afghanistan. The message read that she is the first female taxi driver in Afghanistan. Reportedly, Sara, unmarried, is the only breadwinner for 15 of her relatives. For her work she faces abuse and even death threats in a patriarchal society where the role of women is confined to being a mother and housekeeper. In my heart of hearts, I admired this great woman’s audacity for breaking the boundaries at the cost of her life. How is it wrong for a woman to eke out her living to feed empty stomachs in her home?

Such progress towards empowerment of women, however snail-paced they may be, cannot be winked at with a male chauvinistic attitude. The 20th century witnessed a shift in the role for women from household to leadership roles. Late Benazir Bhutto in 1982 became the first female to lead the Pakistan Peoples Party. Malala Yousafzai, the Nobel Prize winner, who is promoting girl’s education worldwide is an inspirational account. In January, US magazine, Forbes, named Pakistani girl Fiza Farhan in the list of young social entrepreneurs. There are more efforts aimed at creating equal opportunities at workplaces for women. Today, there are more women who sit in the world’s parliament and run businesses than a few decades ago.

However, we are still far from where we ought to be. This slow progress for women rights faces countless challenges around the world due to cultural and social norms. Let us explore some examples from South Asian countries like Pakistan and India.

In cosmopolitan cities like Karachi and Mumbai, women work alongside their male counterparts. But in the majority of households, both in the urban and semi-urban areas, women are more often ‘domesticated’, with their roles clearly being restricted to family boundaries. Even worse, in some areas, women are treated like commodities who do not possess any rights, meant to dance to the tunes of their male masters. This treatment of women in some societies around the world is abhorrent.

Gendercide is yet another example of the oppression that girls and women face in many South Asian countries. The deliberate mass extermination of a certain gender happens in different shapes and forms. Baby girls are either left by their parents to die or suffer malnutrition and medical neglect. If they happen to survive, they are often abused, trafficked, forced into prostitution, raped and subjected to all kinds of violence owing to their gender. According to a United Nations report, some 200 million girls are missing who have become victim of such parental neglect which contribute to host of other social issues mentioned above.

In South Asian cultures, mainly Indian and Pakistan, women are often scapegoated for bringing a girl into the world. While baby boys are often considered as prized progeny to bring wealth and honour, baby girls are regarded as unwanted ‘objects’ sometimes killed, abandoned or aborted. Women who ‘fail’ to give birth to boys are often mistreated, beaten and sometimes even killed by their in-laws with the hope that their husband will be able to replace her with a woman who will bear sons. The better-off people with a gender bias prefer gender selective abortions. Human rights activists believe that in India, around eight million female foetuses have been aborted in the last decade alone. This cultural canker eats away millions of innocent lives just because they belong to a certain gender and makes a mockery of women’s lives.

Women around the world are besieged by a myriad social, cultural and religious factors owing to their geographical presence. The discrimination triggered by gender identity is more than what meets the eye. According to the Unicef, 15 million girls worldwide are not expected to ever go to school. The United Nations Millennium Development Goals include gender equality and empowerment of women around the world. Countries need to step up their efforts to recognise women in all fields of life to bridge the gender gaps through basic grass roots awareness, raising programmes to educate citizens about women’s rights. There is also a dire need to protect and promote women’s right and empower them to defend their right to a dignified life without the perils which lurk in the shadows of suffocating cultures.

For this goal to be achieved, we, as citizens of the state, need to contribute inch by inch and day by day. Only then will a child born today will not have to wait 80 years to see an equal world. For all nations around the world where women are intimidated, discriminated and persecuted, the United Nations’ message is to ‘step it up’. You cannot empower humanity if you cannot empower women.