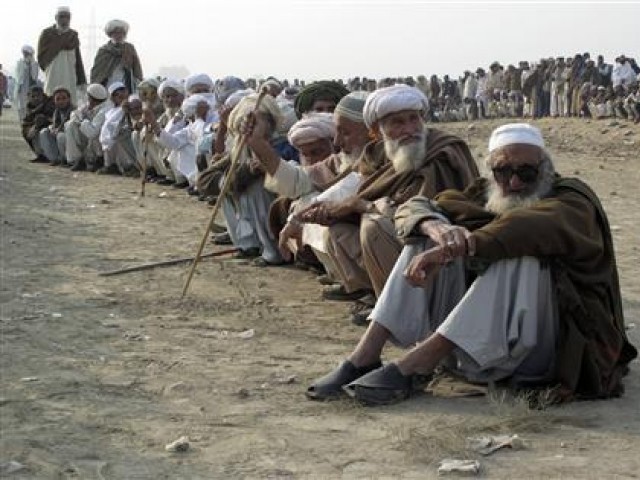 Army chief General Raheel Sharif on Saturday emphasised the need for all agencies to coordinate for the “dignified return of temporarily displaced persons (TDPs),” according to ISPR.

Gen Raheel said the return of the TDPs will begin by mid-March, and appreciated intelligence-based operations.

#COAS:Emphasized coord amongst all agencies for dignified return of TDPs within time lines decided.Return to commence mid March-3

He visited the Corps Headquarter in Peshawar where he was briefed on the progress of the ongoing military Operation Zarb-e-Azb.

The army chief was given a detailed briefing on the security situation in Khyber-Pakhtunkhwa and FATA.

“The only way forward in operations is the total elimination of terrorism,” the army chief said.

#COAS:The only way in ops is way fwd till total elimination of terrorists.Ops will ultimately result in better border mgmt.Apreciated IBOs-2