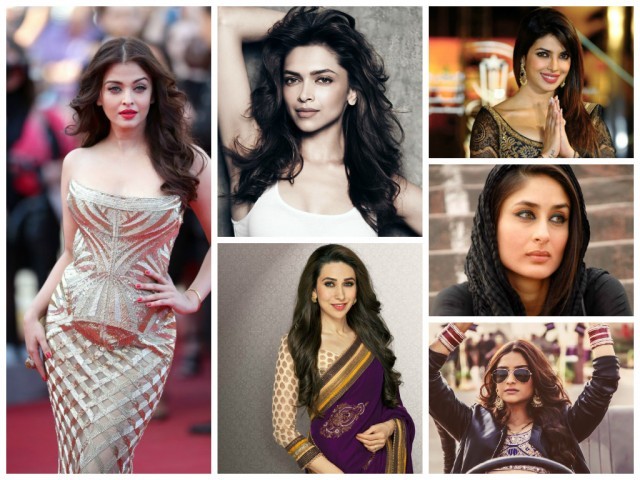 Leading divas of Bollywood who did not complete their education and instead joined the Indian film industry. PHOTO: AGENCIES

The Indian film industry has many leading divas who rule millions of hearts. But here’s a list of successful Bollywood actors who did not complete their education and instead joined the film industry.

From a very tender age, glamour and glitz impressed her more than anything else. After studying commerce for two years at Mithibai College, Kareena developed an interest in law. She enrolled for a course at the Government Law College, but left it after just one year to join Bollywood.

Winner of the Miss World pageant of 1994, Aishwarya Rai Bachchan, is a college dropout as well. She went to Jai Hind college for a year but later switched to some other college to pursue architecture. Soon she was offered many high-end modeling assignments and film offers. She then left her studies mid-way to join the Bollywood bandwagon.

The actress was quoted in an IANS report saying, “My biggest regret is I’ve not completed my studies. But I’m going to finish my graduation this year. I’m going to fill in the forms to get my undergraduate degree in literature. For me, it’s one of those things that I regret the most.” Sonam further revealed in the IANS report that she had stopped studying after 12th standard and went on to become an actor.

While Deepika played a college girl in Yeh Jawaani Hai Deewani, very few know that Deepika did not complete her graduation. For Deepika, Bollywood had always been her first calling. Deepika had joined Mount Carmel in Bangalore, but never completed her studies there. She also enrolled for a short term course in IGNOU for further studies, but could never complete it. Deepika, who has been tagged as the highest grossing actor of Bollywood, definitely paid a huge price for reaching where she is today.

One of the most sought after actresses of the decade, Priyanka never finished her graduation either. The beauty queen has done her schooling from a number of places like USA and India. She wanted to be a criminal psychologist and joined Jai Hind college in Mumbai. However, modeling and beauty assignments came her way too soon.

One of the first to break the Kapoor stereotype, Karisma not only entered showbiz but also made it big there. Her passion and scintillating looks made her one of the most prominent stars of the 90s. Karisma allegedly dropped out of school soon after she entered sixth standard to pursue acting. Her first film was Prem Qaidi when she was just sixteen.