Energy is not only the last, but also the least, of the priori­ties for the govern­ment
By Dr Pervez Tahir
Published: March 6, 2015
Tweet Email 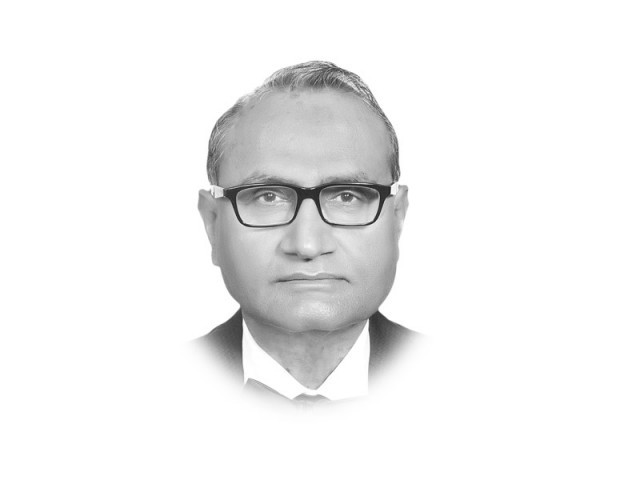 The non-leap year February has been short in terms of days but long on the number of priority preachers. In the first week, Ishaq Dar, the Debt Lover, surprised all and sundry by announcing that his government did have a set of priorities. These are a slick four Es — education, economy, elimination of extremism and energy. About education, the first in order of priorities, the less said the better. It managed to receive only 5.3 per cent of the total fund released until the end of February. Next comes the economy. The main driver here is investment. A mere 0.43 per cent of the GDP was released for public investment in six months. The private sector, the main driver, is still sitting on the fence. Just as the PML-N government was slow in recognising extremism as a major priority, its budget-makers are taking their time in releasing money for the consensus-based National Action Plan.

Energy is not only the last, but also the least, of the priorities. This story of incompetence starts with condemnation of oil fired and rental power plants, eulogisation of coal and its abandonment, now the stop-go LNG policy and back to utilisation of oil fired capacity and, you bet, rental power. Of the Rs178.8 billion released for the Public Sector Development Programme until the end of February, the Water and Power Development Authority (Wapda) received only Rs272.8 million compared with Rs12.7 billion for the National Highway Authority (NHA). Additional releases for nuclear power takes the total for power to around Rs15 billion, including foreign loans, Wapda still lags behind the NHA, as the former gets Rs21.1 billion and the latter receives Rs28.6 billion. Power is thus left largely to the lenders and Wapda’s miserable capacity to mobilise its own resources. For the federal development budget, the top priority is the favourite PML-N pastime, i.e., roads. Towards the end of February, the prime minister visited the Expo Centre in Karachi. Unaware, or innocent, of the financial underpinnings, he shocked the gathering there by the emphatic declaration that 2018 would see the last of the energy crisis: “There will be enough energy for everyone so I urge everyone to lay the foundation of their businesses.” One cannot but recite Mirza Ghalib here: Ke khushi se mar na jatey agar eitbar hota.

The executive is, however, not the only player when it comes to setting priorities. One day after the prime minister acted as a clairvoyant, a full bench of the Lahore High Court declared land acquisition for an elevated expressway illegal. It did not stop at that. The short order also observed that “the court would issue guidelines on how the government should proceed on development projects” and that “education and health should be prioritised over urban development”. There are more fingers in the pie of priorities. On February 22, the Inter-Services Public Relations informed of a visit by the Chinese ambassador at the General Headquarters to discuss “matters of mutual interest”. It is no secret that the Chinese president will be here to deliberate on energy, the economic corridor and, of course, extremism. Lest we forget there is also the IMF and others and their larger-than-life role in our priorities. Their polite words of guarded opening statements send our finance minister dancing on the idiot box. Their priorities for our extractive and rentier state continue to be tax reform and deficit reduction. Friend Hafiz Pasha says the government collected 38 per cent less than it needed in the past two years. Need we say more on priorities?